Egyptian policeman kills a man, wounds another, over cup of tea

One of the onlookers held up a bullet casing and accused the police of killing "poor" Egyptians. A crowd later smashed a police vehicle, photos on social media showed. 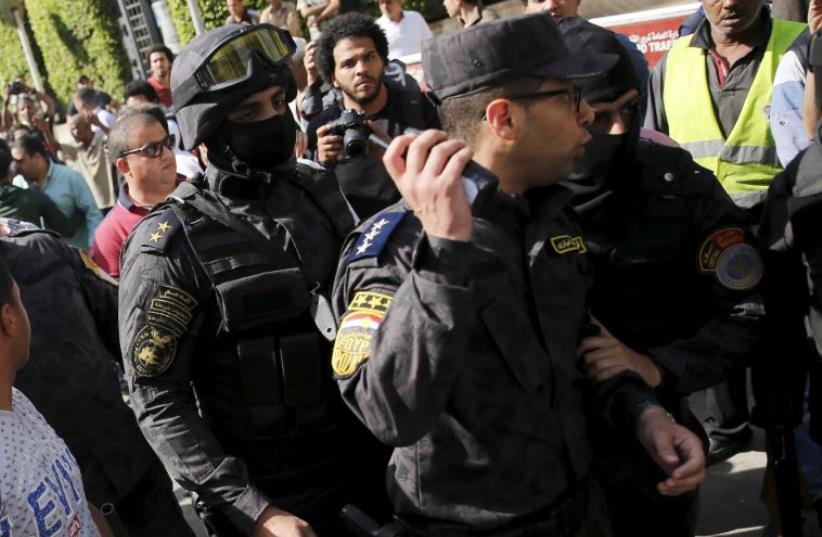 Egyptian protesters shout slogans and argue with police during a demonstration
(photo credit: REUTERS)
Advertisement
An Egyptian policeman shot two people, killing one of them, on Tuesday after an argument in the street in Cairo, security sources said, the latest in a series of incidents that have fueled public anger over alleged police brutality.Witnesses said the argument was over the price of a cup of tea. A video shot by a person at the scene and sent to Reuters showed a man lying on the floor surrounded by angry onlookers. It was not immediately clear if he was dead.One of the onlookers held up a bullet casing and accused the police of killing "poor" Egyptians. A crowd later smashed a police vehicle, photos on social media showed.Security sources said one man was killed and another seriously wounded in the incident which took place in the eastern Cairo suburb of Rehab. The wounded man was taken to hospital.