The verdict from the Court of Cassation, which also upheld a lower court's sentencing of 10 men to 15 years in jail, 14 men to 10 years, and 15 men to five years, is final and cannot be appealed. 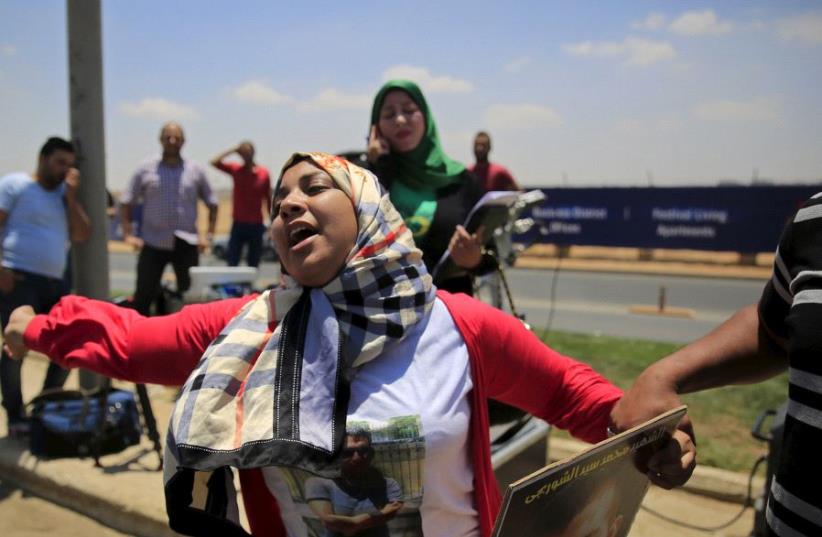 Family members of soccer fans who died during the Port Said soccer stadium violence in 2012 react outside a court at the Police Academy, on the outskirts of Cairo, Egypt May 30, 2015
(photo credit: REUTERS)
Advertisement
CAIRO - Egypt's top court upheld death sentences for 10 men on Tuesday for their part in Egypt's worst violence at a football stadium, in which more than 70 fans were killed in February 2012.Many of the dead were crushed when panicked fans tried to escape from the Port Said stadium after a post-match pitch invasion by supporters of the local side al-Masry. Others fell or were thrown from terraces, witnesses said at the time.The verdict from the Court of Cassation, which also upheld a lower court's sentencing of 10 men to 15 years in jail, 14 men to 10 years, and 15 men to five years, is final and cannot be appealed. The charges included murder and attempted murder.Among those who received a five-year sentence was the former Port Said police chief.Football matches are often a flashpoint for violence in Egypt. The teams in the Port Said incident - al-Masry and Cairo's al-Ahli - are longtime rivals. Witnesses said the rioting broke out after Cairo fans unfurled banners insulting the local team, which had won the match 3-1.Since then Egypt has curbed the number of people allowed to attend matches and supporters have often tried to storm stadiums they are banned from entering.In February 2015, at least 22 people were killed outside an stadium when security forces barred fans from entering.Most of the casualties suffocated when the crowd stampeded after police used teargas to clear the fans trying to force their way into a league match between two Cairo clubs, Zamalek and Enppi, doctors and witnesses said.Fan clubs known as "Ultras" were outlawed in May 2015. Relations between the Ultras and security forces have been tense for four years after the fans played a key role in the 18 days of street protests that toppled autocrat Hosni Mubarak.