Fatah torn over potential end to dispute between Abbas and Dahlan 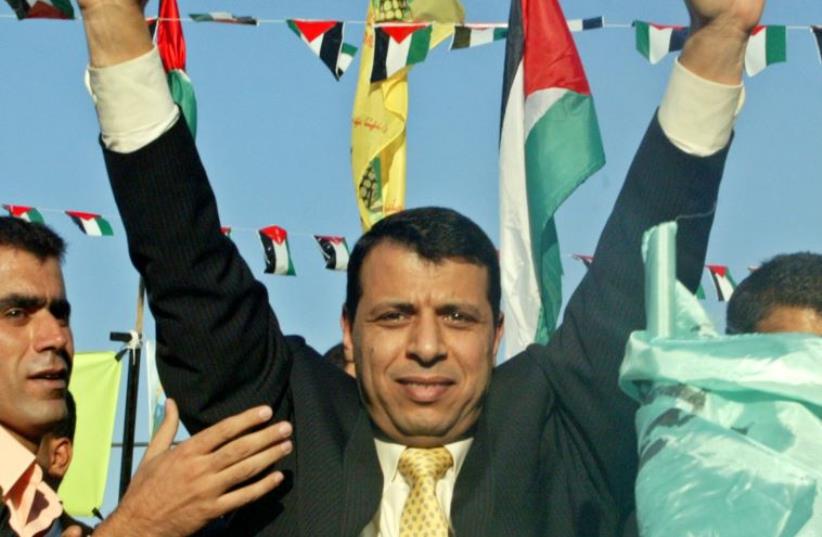 Palestinian cabinet minister Dahlan returns to Gaza from treatment abroad
(photo credit: REUTERS/MOHAMMED SALEM)
Advertisement
Fatah leaders are divided over Egypt’s latest efforts to end the long-standing dispute between Palestinian Authority President Mahmoud Abbas and his political rival Mohamed Dahlan.Abbas and Dahlan, a former Fatah security commander from the Gaza Strip, are reported to have met recently in Cairo under the auspices of Egyptian President Abdel Fattah al-Sisi.The meeting was the first between Abbas and Dahlan since the beginning of the crisis between them four years ago.At the request of Abbas after their falling-out, the Fatah Central Committee expelled Dahlan from its ranks. The PA president has since accused Dahlan of murder and financial corruption.Dahlan left the West Bank after PA security officers raided his home in Ramallah, confiscated documents and computers and arrested some of his followers. In the past few years, he has been shuttling between Egypt and the United Arab Emirates, where he has managed to forge close ties its rulers.Dahlan is also very close to Sisi, who in the past year has been trying to arrange a sulha, or reconciliation, between the ousted Fatah leader and Abbas.Some Fatah leaders have welcomed Sisi’s effort to mend fences between the two men, while others have come out against any attempt to bring Dahlan back to the political scene. At this stage, however, it remains unclear whether Abbas is interested in burying the hatchet with Dahlan.Fatah spokesman Ahmed Assaf was the first to come out against Sisi’s attempt to end the Abbas-Dahlan dispute.Assaf said that Fatah expelled Dahlan because he had acted against the “higher national interests” of the Palestinians.He claimed that Dahlan was wanted for his role in murder, criminal activities and embezzlement of hundreds of millions of dollars.Assaf said that Dahlan should hand himself over to Palestinian courts to face trial for his alleged crimes. “This is not a personal issue between President Abbas and Dahlan,” he explained.On Tuesday, the Fatah Central Committee also rejected Sisi’s effort to mediate between Abbas and Dahlan. The committee accused Dahlan of being responsible for the assassination of “innocent” Palestinians, but did not elaborate.The decision to expel Dahlan from Fatah is final and non-negotiable, the committee stressed.However, some Fatah officials said they were in favor of achieving reconciliation between Abbas and Dahlan.Jamal Abu Alail, member of the Fatah Revolutionary Council, said he supported Sisi’s mediation effort, saying it would enhance Fatah’s unity.He urged his colleagues in Fatah to voice their backing for the effort.Another senior Fatah official, Shami al-Shami, criticized spokesman Assaf for stating that he was opposed to Sisi’s effort.“Assaf represents only himself,” al-Shami said.