Groups of up to 30 gather in 12 strategic points of Beirut including sea, air ports, entries to city; Saudis ends effort to mediate in Lebanon. 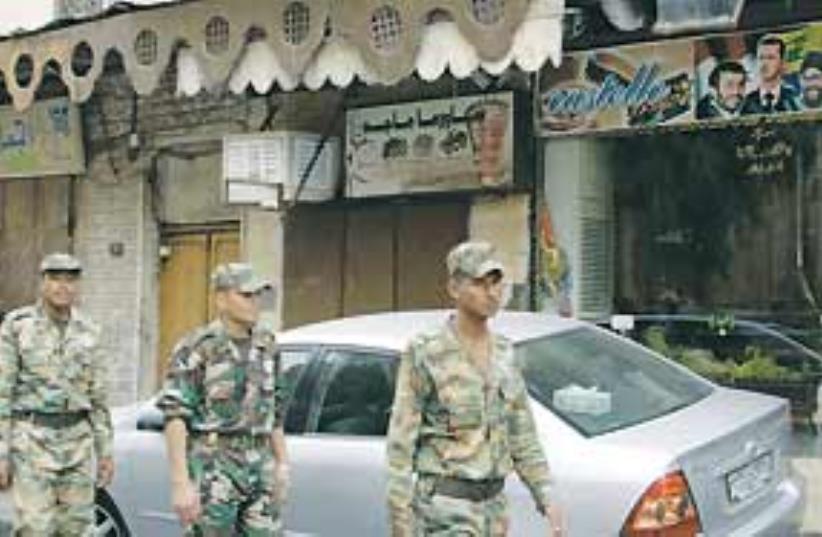 Lebanese security officials confirmed the gatherings, which dispersed by late morning and appeared to be a show of force in the hours after a long-awaited indictment was submitted on Monday to the International Court of Justice at the Hague on Hariri’s death.Ghaleb Abu Zeinab, a member of Hizbullah’s political bureau, said he was not aware of such gatherings.“I cannot comment,” he said.Though no violence was reported, parents pulled their children from school on Tuesday after seeing gatherings of up to 30 people dressed in black and carrying hand-held radios. One gathering was about 400 meters from the Grand Serail, the seat of government in downtown Beirut, and security officials closed the roads leading to the building.Education Minister Hassan Mneimneh told Lebanese TV stations that the situation in the capital had “returned to normal” by late morning and that “tomorrow will be a normal school day.”

Click here for full Jpost coverage of the turmoil in LebanonMeanwhile, Saudi Arabia has abandoned efforts to mediate in Lebanon’s political crisis.In an interview on Wednesday with the Saudi-owned Al- Arabiya TV, Foreign Minister Saud al-Faisal said the Saudi king has decided he is “withdrawing his hand” from Lebanon.It was a major blow to outside efforts to avoid a new outbreak of violence between the country’s Western-backed political coalition and its rivals in the Hizbullah-led alliance.For months, Syria and Saudi Arabia were jointly trying to mediate between the rival camps they back in Lebanon. The effort, which had been touted by Lebanese and Arab leaders as the best hope to defuse tensions in one of the most volatile corners of the Middle East, collapsed a week ago.Faisal said the decision to pull out was made after the Saudi-Syrian contacts collapsed.He did not elaborate.The withdrawal of Arab powerhouse Saudi Arabia from mediation efforts is a worrisome sign that the crisis may have reached a point whereby a diplomatic settlement can no longer be attained.It also leaves more room for maneuvering by Hizbullah backers Syria and Iran.Iranian President Mahmoud Ahmadinejad said in a speech on Wednesday that Lebanon must keep “evil hands” from meddling in its affairs – a clear reference to the US and its allies that support the UN investigation into former prime minister Rafik Hariri’s 2005 assassination.“Hands off Lebanon,” he told supporters in the central Iranian city of Yazd.“If you don’t stop, the nation of Lebanon and other nations in the region will cut off your dirty hands.”
Advertisement
Subscribe for our daily newsletter