Planes pass through a long trail of shadowy hands before being put to use by Iran and Assad in Syria.

By REUTERS
A Sukhoi Su-24 fighter jet takes off from the Hmeymim air base near Latakia, Syria, in this handout photograph released by Russia's Defence Ministry
(photo credit: REUTERS/MINISTRY OF DEFENSE OF THE RUSSIAN FEDERATION/HANDOUT VIA REUTERS)
Advertisement
MOSCOW/KIEV - In a corner of the departures area at Rostov airport in southern Russia, a group of about 130 men, many of them carrying overstuffed military-style rucksacks, lined up at four check-in desks beneath screens that showed no flight number or destination.When a Reuters reporter asked the men about their destination, one said: "We signed a piece of paper – we're not allowed to say anything. Any minute the boss will come and we'll get into trouble."You too," he warned.The chartered Airbus A320 waiting on the tarmac for them had just flown in from the Syrian capital, Damascus, disgorging about 30 men with tanned faces into the largely deserted arrivals area. Most were in camouflage gear and khaki desert boots. Some were toting bags from the Damascus airport duty-free. 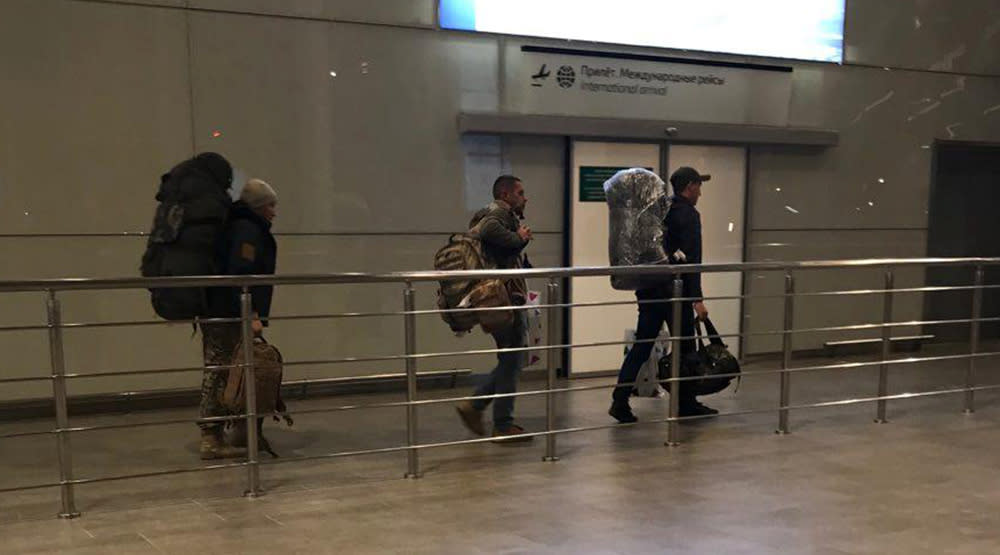