Indonesia to offer island to ease refugee burden on Australia

"We can discuss the possibility of allocating an island. But Australia is required to finance it entirely," Pandjaitan was quoted saying in The Jakarta Post. 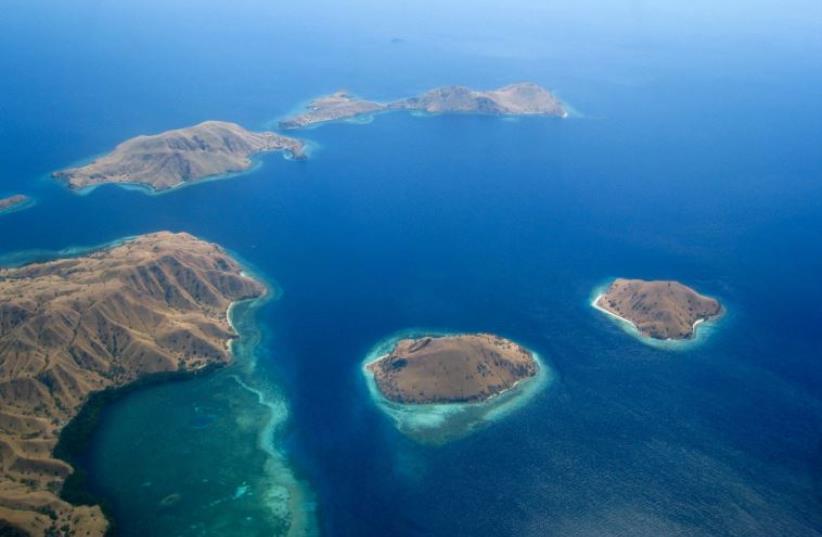 Northern tip of Komodo Island, Indonesia
(photo credit: JOHN HANSON)
Advertisement
JAKARTA - Indonesia is considering offering a small island to process refugees captured en route to Australia, its security ministry said on Friday, in what would make it the third country this year to offer help with Australia's tough immigration policy.The government had "formed small teams to discuss this matter," a spokesman for Indonesia's Coordinating Ministry for Political, Legal and Security Affairs told Reuters, referring to a media report quoting security chief Luhut Pandjaitan."We can discuss the possibility of allocating an island. But Australia is required to finance it entirely," Pandjaitan was quoted saying in The Jakarta Post.The matter will be finalized when the Indonesian and Australian leaders meet on Dec. 22, the spokesman said, adding that the meeting would also cover terrorism and trade, among other issues.Australian Prime Minister Malcolm Turnbull met his counterpart President Joko Widodo for the first time last week, hoping to heal ties that were strained by his predecessor, Tony Abbot, who had angered Jakarta with his policy of towing back to Indonesia vessels carrying asylum seekers, among other issues.The policy, while popular at home, infuriated Jakarta, which sees it as an infringement on its sovereignty. Indonesia welcomed migrants from Myanmar and Bangladesh earlier this year, and urged the international community to share the burden of resettling them.Australia has also received criticism from the United Nations and rights groups for its hardline policy of intercepting asylum seekers who come by boat.Since 2012, people on boats attempting to reach Australia have been turned back or taken to camps in Nauru, where there have been reports of assaults and systemic child abuse, or Papua New Guinea, where Canberra has set up processing centers.