Atena Farghadani, 29, was sentenced to nearly 13 years in prison for her political cartoons criticizing the government's anti-family planning legislation. 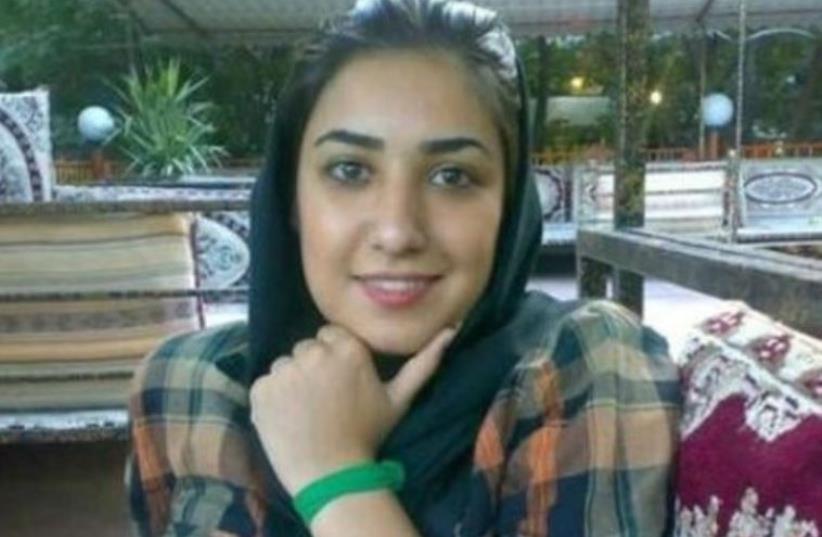 Atena Farghadani, an Iranian painter considered by Amnesty to be a prisoner of conscience
(photo credit: Courtesy)
Advertisement
Iranian authorities have subjected an artist and human rights activist who was sent to prison on dubious charges to a “virginity test,” the international watchdog Amnesty International said on Thursday.According to a statement released by the organization, Atena Farghadani, a 29-year-old painter, was sent to prison by a military tribunal for a series of alleged crimes against the state, including “gathering and colluding against national security,” “insulting members of parliament through paintings,” and “spreading propaganda against the system.”She was sentenced to nearly 13 years in prison, pending appeal.Farghadani had attracted scrutiny for her political cartoons criticizing the government for considering laws that would limit women’s access to contraceptives and roll back family planning.She was initially arrested in August 2014, then released a few months later, the BBC reported. Authorities re-arrested her after she posted a video online in which she alleged that she was beaten by prison guards during her incarceration.After going on hunger strike to protest prison conditions, she suffered a heart attack. Farghadani has been held in solitary confinement in Tehran’s Evin Prison.#freeatena Tweets
Amnesty said that it had obtained information indicating that Farghadani was taken to a medical center outside her prison last year and given virginity and pregnancy tests.The practice of administering virginity tests – in which authorities inspect women’s genitalia to determine whether she had engaged in sexual intercourse – is considered a violation of human rights and has been banned by many governments.“’Virginity testing’ is highly discriminatory, compromises women’s dignity and rights to physical and mental integrity and has been recognized as a violation of international law on torture and cruel, inhuman and degrading treatment,” the group said.