Sheina Vojoudi: Mullahs do not want women to 'feel powerful in Iran. It’s dangerous for the regime.'

The clerical regime in the Iranian city of Isfahan has outlawed bodybuilding activities for women, introducing a new body blow against the already dire condition for women in the Islamic Republic.

Sheina Vojoudi, an Iranian dissident who fled to Germany to escape persecution, said the mullah regime does not want women to “feel powerful in Iran. It’s dangerous for the regime. Now the world can notice that this regime is just using Hijab as an excuse to suppress Iranian women.

“The Islamic Republic has been based on anti-women ideology,” she said. “To suppress a society, first you suppress the women of that society. Since 1979, the Iranian women have always paid a heavy price for their rights. We’ve been oppressed, we’ve been harassed, we’ve been threatened by Basij and we’ve been deprived of our rights but we’re still fighting.”

The Islamic Revolution in Iran in 1979 ushered in the theocratic state that imposes gender apartheid on women, according to critics. The Basij is a volunteer paramilitary force used by the Iranian regime to enforce the disenfranchisement of women and crack down on political dissent.

The Iranian regime-controlled media outlet Iran’s Metropolises News Agency (MNA) reported this week that Hossein Zibaei, the deputy director of sports development at the Isfahan Sports and Youth Administration, confirmed the prohibition of women’s bodybuilding activities, saying about the ban. 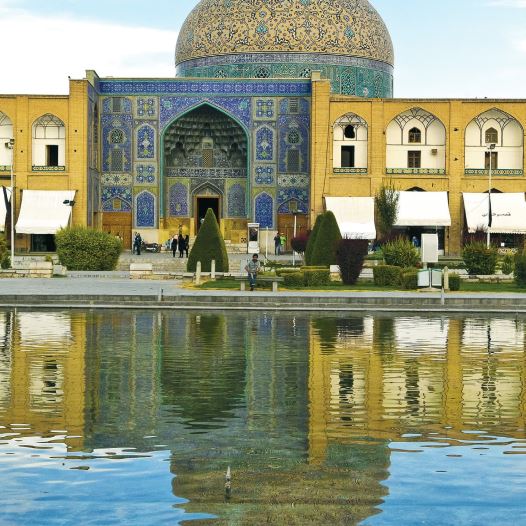 ORNATE DECORATION covers the elegant Lady Mosque, which is unusual in that it does not have a minaret, in Isfahan. (credit: PAUL ROSS)

“This section has been notified to the general directorate of the country.”

MNA added, “In response to the question whether this notification has been issued for all provinces, he pointed out: This order came from the ministry and we just have to obey this order.”

The central Iranian city of Isfahan has been in the headlines over the last few months for execution sprees in its vast prison system and mass protests against economic and political corruption, including water shortages.

Tavaana, the E-Learning Institute for Iranian Civil Society, tweeted to its 137,800 followers: “Bodybuilding activities for women in Isfahan have been banned. Every day, the Islamic Republic takes a new step to eliminate women from society.... We urge sport teams/federations & male athletes not to stay indifferent to the ever harsher restrictions imposed on women athletes.”