Anousheh Ashouri who was accused of being a Mossad agent and Nazanin Zaghari-Ratcliffe is being released from Iran and will be heading to Teheran airport, according to their lawyer.

Two detained British-Iranians Nazanin Zaghari-Ratcliffe and Anousheh Ashouri are heading to Tehran airport to leave the country, their lawyer Hojjat Kermani told Reuters on Wednesday, as Tehran and London pressed on with talks about a long-standing 400-million-pound ($520 mln) debt.

"Both of them are on their way to the airport in Tehran to leave Iran," Kermani said. Iran's judiciary officials were not available to comment.

Ashouri was sentenced to 10 years in jail in 2019 for spying for Israel's Mossad and two years for "acquiring illegitimate wealth," according to Iran's judiciary.

Zaghari-Ratcliffe, a project manager with the Thomson Reuters Foundation was arrested at a Tehran airport in April 2016 and later convicted by an Iranian court of plotting to overthrow the clerical establishment.

Zaghari-Ratcliffe an aid worker has had her British passport returned, British MP and lawmaker Tulip Siddiq said on Tuesday. 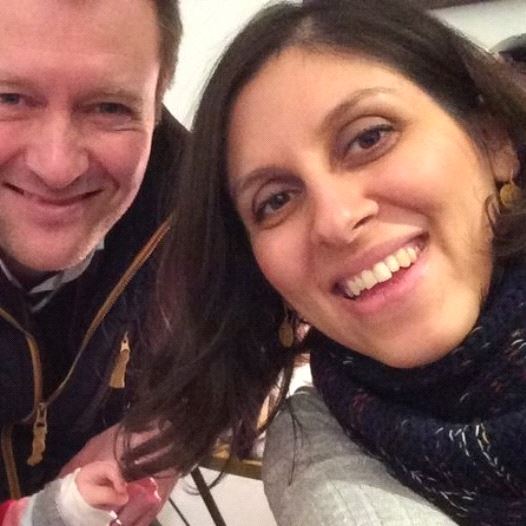 Nazanin is at the airport in Tehran and on her way home Siddiq said on her Twitter.

Nazanin is at the airport in Tehran and on her way home.I came into politics to make a difference, and right now I’m feeling like I have.More details to follow. #FreeNazanin

Her family and the foundation, a charity that operates independently of Thomson Reuters and its news subsidiary Reuters, deny the charge.

Zaghari-Ratcliffe has been handed over to a British team at Tehran's International Airport Wednesday, Iranian state media reported.