Estonian FM in Israel: ‘We’re concerned by Russia’s collusion with Iran in Syria'

Sven Mikser's comments to the 'Post' come just ahead of Netanyahu-Putin meeting in Moscow. 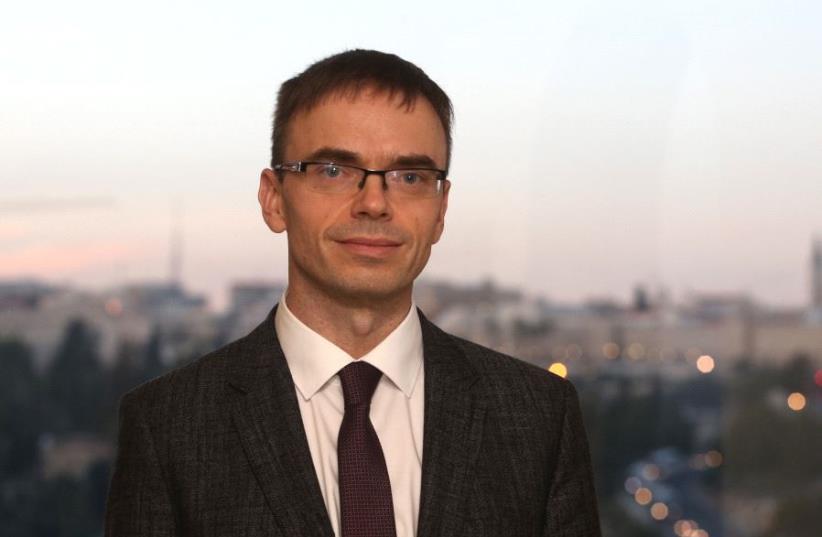 Estonian FM Sven Mikser
(photo credit: MARC ISRAEL SELLEM)
Advertisement
Estonia stands with Israel on security issues, including opposing Russia’s role in supporting Syrian President Bashar Assad and Iran’s military presence there, Foreign Minister Sven Mikser told The Jerusalem Post in an interview.“The role that the Russians play [in Syria] by way of trying to keep Assad in power and by the apparent collusion with the Iranians, yes, that is a shared concern,” he said Wednesday.Mikser arrived in Israel on Tuesday night for a two-day visit and met with Prime Minister Benjamin Netanyahu on Wednesday. On Thursday, Netanyahu flew to Moscow to meet with Russian President Vladimir Putin about the importance of halting Iranian activities in Syria.Estonia is small former Soviet republic with a population of only about 1.3 million people and a long history of resisting expansionist drives by Russia, which it borders.“We have seen the expansionist ambitions of the leadership in the Kremlin,” said Mikser, including what he called Russia’s recent “illegally annexing Crimea. We can say with some confidence that they [Russia] will not shy away from using military force to achieve political aims,” he said.Russia is doing that in Syria, where it is working to keep Assad in power and “operating in some sort of symbiosis with the Iranians,” Mikser said, adding that this is a legitimate concern for Israel.“Putin is not an irrational player. He is a cool and calculating player who sees the world very much in zero sum terms,” he said. “He is in constant competition and standoff with the West in general and with the Americans in particular. Whenever he sees the lack of unity and resolve on behalf of the adversaries, [he knows] that is a weakness [that can] be exploited.“It is important to present [Putin] with a resolute and unified front and by doing that, he can be deterred. So it is important that we speak with a very unambiguous and unified voice. The bigger the coalition or the community of democratic states that can speak with a unified voice, the better,” Mikser added.Addressing the struggles shared by Israel and Estonia, he said, “Israel has its own security interests and concerns, but there are things [concerns] we share, the way the Russians have dragged or facilitated the Iranian entry into the Syrian situation.I can imagine that is very threatening to the Israeli security interests.”It is in Israel and Estonia’s joint interest to “put pressure on Russia to make them return to the internationally accepted behavior by way of not unduly interfering in the internal affairs of other countries,” he concluded.Estonia is a member-state of the European Union and in July will assume the presidency of the EU Council, which is assigned on a rotating six-month basis.The country is a strong supporter of Israel in the EU and the United Nations, but when it comes to the Palestinian conflict, it has a no-tolerance policy toward settlement activity.“We are definitely looking for ways to get to the two-state solution in such a way that does not compromise Israeli security on one hand, but would also allow the Palestinians to realize their national aspirations,” Mikser said.Speaking on behalf of Estonia and the EU, he said, “We do not think that the settlement activity should continue at all. In that sense it is impossible for me to say that [this] much is acceptable and not more.”Similarly, he said Estonia opposes unilateral Palestinian steps to achieve statehood and that such recognition should come only as part of a final status agreement for a two-state solution.Stressing the importance of remaining proactive in the attempts to bring about a resolution to the conflict, Mikser concluded by saying that “History has proven that if there are unresolved conflicts, even far away, they will eventually come to our doorstep.”