Total's chief executive said that its investment decision hinges on the renewal of US sanctions waivers. 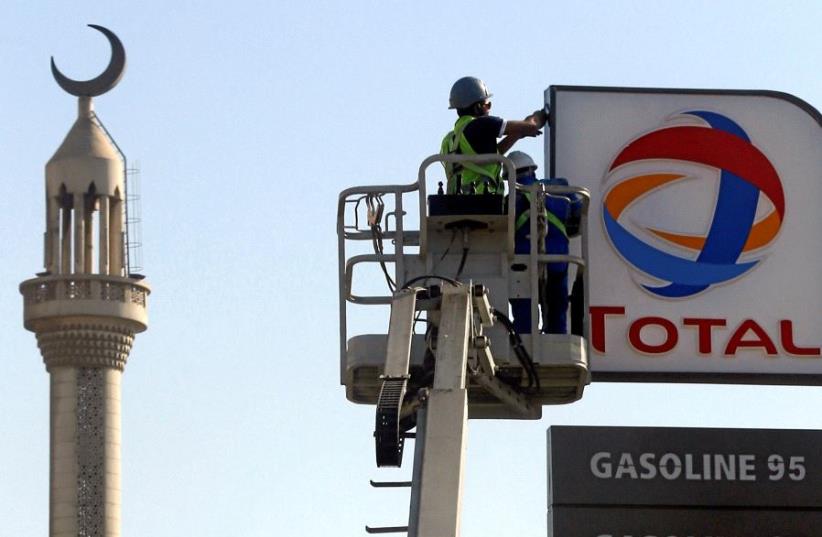 FILE PHOTO: Workers fix a sign for oil giant Total at a petrol station in Cairo, Egypt, October 13, 2016.
(photo credit: REUTERS)
Advertisement
DUBAI - Iran's oil minister has criticized French oil company Total for its decision to delay signing a contract to develop a gas field in southern Iran, saying that the reasons given by Total's chief executive were "unacceptable" to Tehran.Total was the first Western energy company to sign a major deal with Tehran since the lifting of international sanctions with its South Pars 11 project in the Gulf to develop a part of the world's largest gas field that Iran shares with Qatar.Total's chief executive, Patrick Pouyanne, said last week that it aimed to make a final investment decision on the $2 billion project by the summer, but the decision hinges on the renewal of US sanctions waivers."I don't know why Total has said so," Bijan Zanganeh was quoted as saying by Mehr news agency on Wednesday."It's been included in the contract that we all follow European Union's policies. Their comments are unacceptable," he added.US President Donald Trump has called into doubt the Western powers' deal with Iran over its nuclear technology development program and, responding to an Iran's ballistic missile test last month, imposed fresh sanctions on Tehran.The South Pars 11 project aims to produce 1.8 billion cubic feet a day of gas, equivalent to 370,000 barrels of oil. The produced gas will be fed into Iran's gas network.