Iran: Russia can use military bases 'on case by case basis'

Iranian FM says that regional issues, including Syria, would be discussed at a meeting in the Kremlin later on Tuesday. 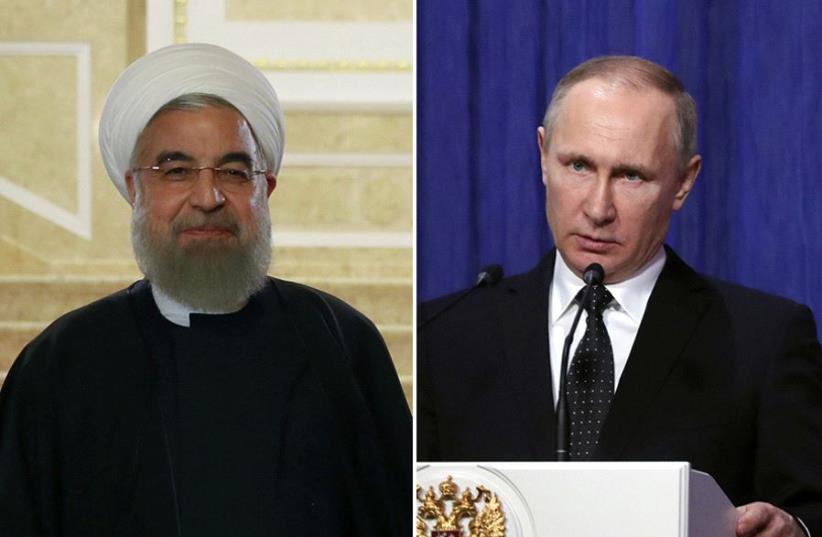 Rouhani and Putin
(photo credit: REUTERS)
Advertisement
Iranian Foreign Minister Mohammad Javad Zarif told Reuters on Tuesday that Russia could use Iranian military bases to fight terrorists in Syria on a "case by case basis."Zarif said that regional issues, including Syria, would be discussed at a meeting in the Kremlin later on Tuesday. An Iranian delegation, including President Hassan Rouhani, arrived in Moscow on Monday.
Russia bombs Syria militants from Iranian base
Zarif's comments came the day after Iran's president met Russia's prime minister in a bid to develop a warming relationship that has been greatly strengthened by both sides' involvement on the same side of the war in Syria.Russia and Iran are both key allies of Syrian President Bashar Assad and have played decisive roles in the past 18 months to turn the tide of the Syrian conflict in his favor.Russian jets used an air base in Iran to launch attacks against militant targets in Syria last summer, the first time a foreign power had used an Iranian base since World War Two.The deployment ended abruptly however after some Iranian lawmakers called the move a breach of Iran's constitution which forbids foreign military bases, and the Iranian defense minister chided Moscow for publicizing the arrangement."Russia doesn't have a military base (in Iran), we have good cooperation, and on a case by case basis, when it is necessary for Russians fighting terrorism to use Iranian facilities, we will make a decision," said Zarif.Zarif is part of an Iranian delegation headed by President Hassan Rouhani, which arrived in Moscow on Monday.Zarif said that regional issues, including Syria, would be discussed at a meeting in the Kremlin with Russian President Vladimir Putin.