"No one in Iran can do something like that and be released on bail except when they are allowed by Khamenei to fire at will or Basij or somehow related to one of the Islamic Republic’s organs." 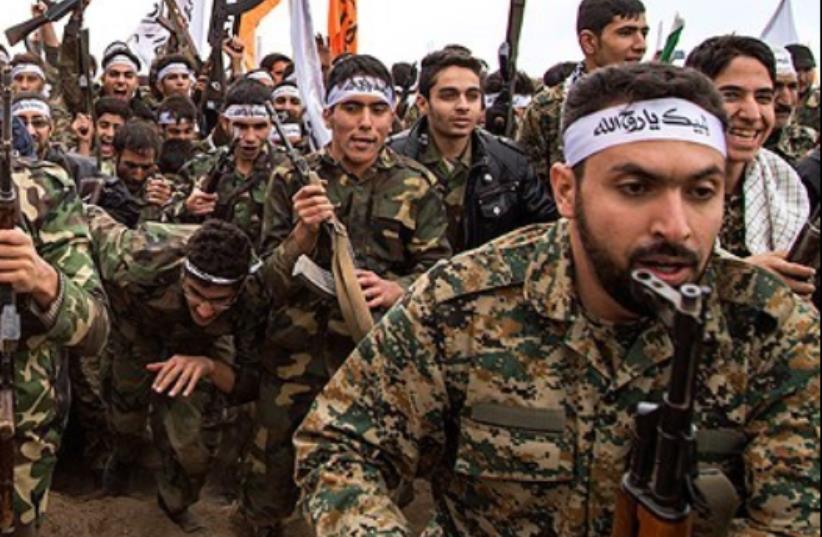 The security forces of the Islamic Republic of Iran aided a man in his release who reportedly shot three young women in the back, in the city of Isfahan while they were riding bicycles in August.

Persian language media outside of Iran reported on Wednesday about the alleged Iranian regime’s misconduct.

The US government outlet Radio Farda reported, “According to the mother of one of the shot girls, the officers first asked them not to leak the news so that they could find out which person or group did that. In less than 48 hours, the accused is identified and arrested; a 35-year-old man, according to the victims. However, according to the family of one of the victims, the security officials advised not to sue him, and at the hospital when they settled the bill, they said that if you want the hospital to pay the cost of the hospital, you have to consent.’

Al Arabiya Farsi wrote the alleged suspect “was arrested with the help of security forces in 48 hours, but was released on bail in less than a month. Shargh newspaper wrote in a report that a man shot several women and at least one man in Isfahan on August 19. Three young women were shot at the street and all three said they were shot in the back with a rifle, apparently a hunting shotgun, so that they had to go to medical facilities.”

Al Arabiya added, “While attending the hospital, one of the families found out that at least five people had been hospitalized for this reason. The report states that the bad behavior of the shooter’s family on the one hand, and the history of such violence in Isfahan on the other, led several families to seek legal attention to the incident” in the media.

Sheina Vojoudi, an Iranian dissident who fled to Germany to escape persecution, said the “Basij attack civilians on the streets, especially women, if according to them the women don’t have a proper hijab.”

The Basij is a paramilitary force of young and fanatically pro-Iranian regime men.

Vojoudi continued, “No one in Iran can do something like that and be released on bail except when they are allowed by [Supreme Leader Ali] Khamenei to fire at will, or Basij or somehow related to one of the Islamic Republic’s organs. When there is a private complainant, it is impossible to be released without their consent. Only someone related to the regime can commit a crime like this and then force the complainants to consent.”

Vojoudi added, “In a speech on June 7, 2017 Khamenei gave full power to his supporters to act ‘independently like they are in a battle field, fire at will.”’

She noted that Khamenei said, “Sometimes key think tanks and cultural and political institutions fall into disarray and stagnation, and when that happens, commanders of the soft war should recognize their duty, make decisions and act in a fire at will manner.”

Radio Farda reported, “In recent years, many women have been arrested by the police or attacked by other groups for failing to comply with the law on compulsory hijab in Iran, the most famous case being the acid attack on women in Isfahan. In September of 2014, after some religious figures in the city of Isfahan called for confronting the ‘unveiled,’ several motorcyclists in the city sprayed acid on the faces of girls and women. Since then until a few years later, judicial and security officials repeatedly spoke of pursuing the case and trying to arrest the accused. But in July 2018, the lawyer for the victims of the Isfahan acid attacks announced that the case would be closed without finding the accused or defendants. The victims of this incident have been paid from the fund of the Beit al-Mal by court order.”

Beit al Mal is an Arabic phrase and means “house of wealth,” which provided compensation for the injuries to the women who suffered acid attacks.

In 2014, a European Union Parliament lawmaker statement noted, “Acid attacks against women have occurred again in Iran; this time at least 12 young girls have been attacked in the city of Isfahan. The attackers’ motives are supposed violations of the female dress code in Iran, which requires women to cover their hair in public with a veil. All of the victims were young women who were driving with their veil down. One of them has lost an eye and has very serious burns all over her body.”