Iranian deputy foreign minister: Iran will respond to any new US sanctions

He did not specify what actions Iran would take. 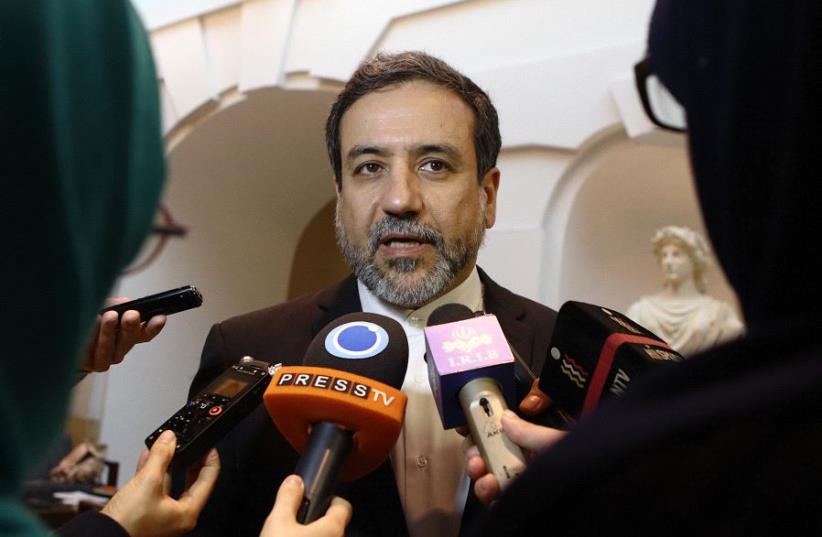 Iran's top nuclear negotiator Abbas Araqchi talks to journalists after meeting senior officials from the United States, Russia, China, Britain, Germany and France in a hotel in Vienna, Austria, October 19, 2015.
(photo credit: REUTERS)
Advertisement
BEIRUT - Iran will respond if the US government passes new sanctions, deputy foreign minister Abbas Araqchi said Wednesday, according to state media.New sanctions being discussed in the US Congress are "a completely clear hostile act and against the Islamic Republic of Iran and ... will be met with a definitive response," Araqchi, who is also a top nuclear negotiator, was quoted as saying by the Islamic Republic News Agency (IRNA).He did not specify what actions Iran would take.The US House of Representatives voted overwhelmingly on Tuesday to slap new sanctions on Iran, Russia and North Korea. The Republican-controlled Senate passed an earlier version of the bill with near-unanimous support.It was unclear how quickly the bill would make its way to the White House for U.S. President Donald Trump to sign into law or veto.Separately, Trump issued a veiled threat against Iran on Tuesday, warning Tehran to adhere to the terms of a nuclear deal with world powers or else face "big, big problems."A week after certifying Iran as complying with the 2015 agreement negotiated by Democratic President Barack Obama, Trump made clear that he remains extremely wary of Tehran.New sanctions could reduce the benefits that Iran receives from the nuclear agreement, Araqchi said, according to IRNA."America has committed to follow the nuclear deal with goodwill and in a productive environment and to hold back from any steps that would have an effect on the successful execution of the deal," he said.