Iranian judiciary says Shahram Amiri, who had been detained since his arrest in 2010 following his mysterious disappearance to the US, had revealed 'vital information' to the US. 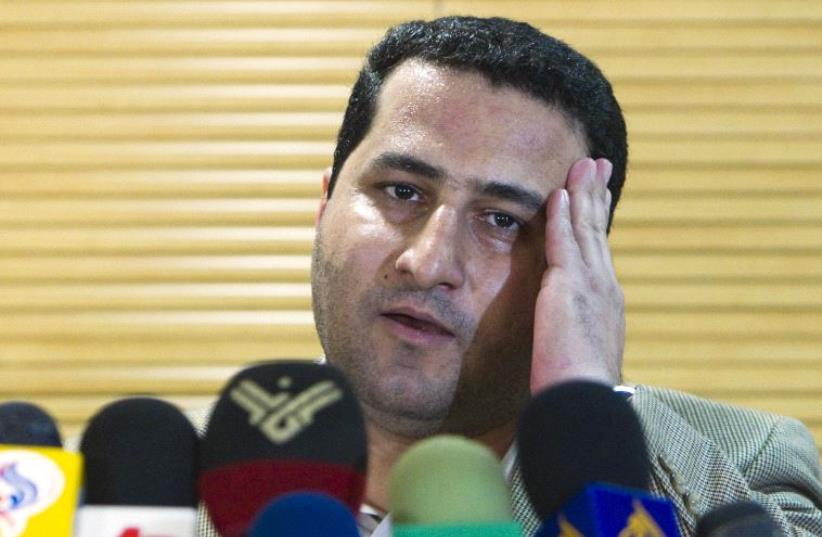 Iranian scientist Shahram Amiri speaks with journalists as he arrives at the Imam Khomini airport in Tehran July 15, 2010
(photo credit: REUTERS)
Advertisement
Iran has executed one of its nuclear scientists who had been detained following his return from the US about five years ago, the Islamic Republic confirmed on Sunday.An Iranian official said Shahram Amiri, a former university researcher working for Iran’s Atomic Energy Organization, had been charged with spying for the US.“Through his connection with the United States, Amiri gave vital information about the country to the enemy,” Gholamhossein Mohseni Ejei told a weekly news conference, state news agency IRNA reported.Earlier on Sunday, Amiri’s mother reportedly told the BBC that her son’s body had been returned home bearing signs of rope marks around his neck, indicating a hanging.Amiri disappeared under disputed circumstances after taking an alleged pilgrimage to Saudi Arabia’s Mecca in 2009.Conflicting narratives in some media reports said he wanted to seek asylum abroad.He emerged in the US in 2010, and claimed that he had been abducted and forced to divulge sensitive information about Iran’s nuclear program by the CIA.US officials at the time said the Iranian scientist had defected by choice and provided “useful information” to the US, the BBC reported.In July 2010, Amiri return to a hero’s welcome in Tehran. Less than a year later Iranian authorities arrested him on treason charges.Amiri disappeared more than three months before Iran disclosed the existence of its second uranium enrichment site, near the central holy Shi’ite city of Qom.Tehran initially refused to acknowledge Amiri’s involvement in Iran’s disputed nuclear program, but later accused Saudi Arabia of handing him over to the United States.Reuters contributed to this report.