Iranian spin on Purim: Persia saved the Jews, didn’t want to kill them

The Book of Esther, Foreign Minister Javad Zarif wrote, “tells of how Xerxes I saved Jews from a plot hatched by Haman the Agagite, which is marked on this very day [Purim].” 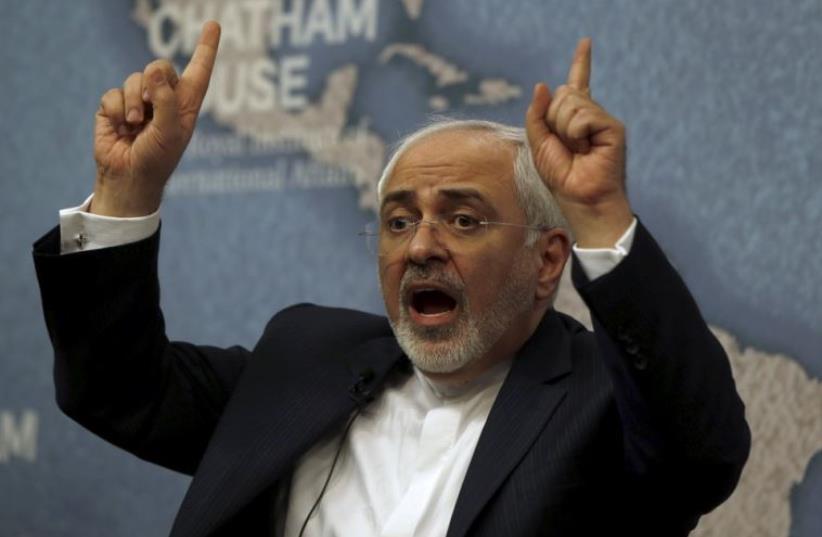 Iran's foreign minister, Mohammad Javad Zarif, speaks at Chatham House in London
(photo credit: REUTERS)
Advertisement
The ancient Persians in the Purim story didn’t try to kill the Jews, they actually saved them, at least according to the Iranian take on the Purim story as told by the Islamic Republic’s Foreign Minister Javad Zarif.Prime Minister Benjamin Netanyahu apparently struck a nerve with Zarif over the past few days by comparing the current Iranian regime, which openly says it wants to destroy Israel, to ancient Persia, and attempts there – as told in the Book of Esther – to destroy the Jews.Just as plots hatched in Persia to destroy the Jews did not succeed thousands of years ago, Netanyahu told children at a synagogue in Caesarea on Saturday night, “Also today they want to destroy us from Persia; they will not succeed.”But Zarif has taken umbrage.In a Twitter post on Sunday, he wrote: “To sell bigoted lies against a nation which has saved Jews three times, Netanyahu resorting to fake history & falsifying Torah. Force of habit.”According to the Twitter post, Netanyahu “not only distorts the realities of today, but also distorts the past.”The Book of Esther, Zarif wrote, “tells of how Xerxes I saved Jews from a plot hatched by Haman the Agagite, which is marked on this very day [Purim].”In Zarif’s spin to the Purim story, it was not Mordecai or Esther who saved the Jews from Haman, whom the Bible identified as the son of Hammedatha the Agagite. Rather, it was King Ahasuerus, identified by Zarif as Xerxes I, who saved them.Zarif said that the Persian ruler Cyrus the Great saved the Jews a second time, “this time from captivity in Babylon” when he allowed remnants of the Exile to return to Jerusalem to rebuild the temple.And, he continued, “during the Second World War, when Jews were being slaughtered in Europe, Iran gladly took them in.”While it is not clear what incident Zarif was referring to, this claim is especially puzzling considering that it comes from the representative of a government that has backed “International Holocaust Cartoon Competitions” that deny, mock and denigrate the Holocaust.