Iran’s ‘road to the sea’ exposed on Golan- analysis

Hezbollah’s role in Syria is part of larger network of Iranian-backed groups seeking to threaten Israel and to create a corridor of Iranian influence across Iraq and Syria.

By SETH J. FRANTZMAN
MARCH 13, 2019 17:16
An Iranian Officer of Revolutionary Guards, with Israel flag drawn on his boots, is seen during graduation ceremony, held for the military cadets in a military academy, in Tehran, Iran June 30, 2018
(photo credit: TASNIM NEWS AGENCY/HANDOUT VIA REUTERS)
Advertisement
The threat posed by Hezbollah and Ali Musa Daqduq, a senior operative in Hezbollah, was unmasked by Israel on Wednesday. Daqduq was responsible for the “abduction and execution of five American servicemen in Iraq in 2007,” the IDF said. The role of Hezbollah members in neighboring states is an illustration of how groups allied with Iran are continuing to build a web linking Tehran to Beirut via a “road to the sea” that transits Iraq and Syria. 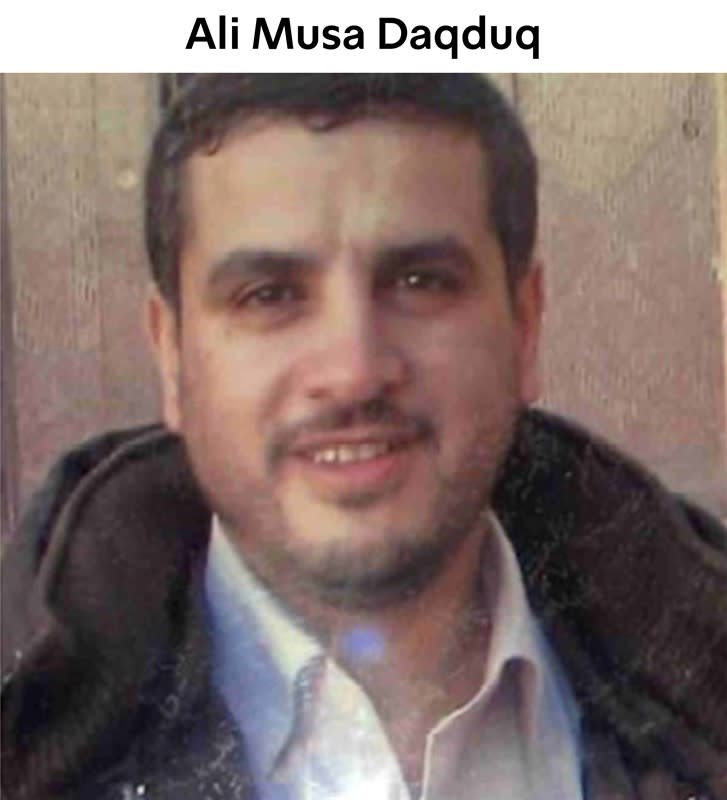 Ali Musa Daqduq (Credit: IDF Spokesperson's Unit)According to the IDF, the role of Daqduq includes establishing terror cells in Iraq to fight the US in 2006, stints training in Lebanon in 2013-2018 and now putting down roots in Syria. “He then came back to Lebanon and to Syria, this time with a new mission. Now what we have today is an infrastructure masterminded by Hezbollah on Syrian soil using the local civilian infrastructure,” said Jonathan Conricus of the IDF Spokesperson’s Unit. Israel says it won’t allow Hezbollah to establish a terror infrastructure on the border and that it holds the Syrian regime responsible. This is related to regional stability, the IDF says.The larger strategic threat is Iran’s corridor to the sea, which has been exposed by writers like Martin Chulov of The Guardian since 2016. The concept is that Iran wants to use its influence over Shi’ite militias in Iraq, Hezbollah in Lebanon and paramilitaries in Syria to create a seamless network of allies based along a corridor of power that will stretch very close to Israel. Iran is not shy about boasting of its victory in recent years in the region. It openly talks about the role of the Islamic Revolutionary Guard Corps and Quds Force commander Qasem Soleimani, who recently won a new award from Ayatollah Ali Khamenei. In Iraq, the Iranian President Hassan Rouhani met with Iraq's Grand Ayatollah Ali Sistani on Wednesday, cementing the close relations the two countries have. These relations now knit together the Iranian and Iraqi economies, as well as fraternal religious relations. On flags of various Shi’ite paramilitary groups the images of Iranian and Iraqi clerics can be seen alongside images of what they call "martyrs" from the war on ISIS.  The symbolism is clear. It’s not like there are other Iraqi paramilitary groups putting up posts with images of US President Donald Trump or Russian President Vladimir Putin. There is one political force whose images appear most frequently in Iraq, and that is the one from Iran. The same is true of Iran’s influence now in Syria and Lebanon. Some of this could be discounted as merely a natural alliance of like-minded groups. But the threat to Israel and to other countries in the region is that Iran sees itself as leading the “resistance” against Israel. This is used as an excuse to extend bases and infrastructure in Iraq, Lebanon and Syria.The role of Iran in supporting groups like Hezbollah is not new. In fact it goes back to the 1980s after the Islamic Revolution in Tehran. It was then that some Iraqi Shi’ites also came to Iran and joined groups associated with the IRGC. Those men, like Hadi al-Amiri, went on to form the Badr Organization, which includes a paramilitary group and a political section by the same name. It is a key part of the Fatah Alliance, which came in second in the Iraqi elections in 2018. Similarly, in Lebanon, Hezbollah has a model of maintaining an armed force while also being in politics. It recently appointed Lebanon’s new health minister under a deal in January.For Syria this presents challenges. Syria is recovering from years of civil war. To fight the war it was assisted by Iran and Hezbollah and Shi’ite militias from Iraq. This helped blend the network of Iraqi fighters with Hezbollah. These Iraqi militia leaders have become more outspoken now about fighting Israel, claiming that in any upcoming conflict with Israel they will aid Hezbollah. Qais Khazali, a member of the Iraqi Shi'a paramilitary group Asaib Ahl Al-Haq, even came to Lebanon to view into Israel - at an area near Metulla - in December 2017. The Iraqi Shi'ite paramilitary group Harakat Hezbollah al-Nujaba, which was recently sanctioned by the US, also has expressed support for conflict with Israel. Regional Arab media has also accused Israel of striking the Iraqi militia Kata’ib Hezbollah in June 2018.Today the situation is rapidly changing as the war on ISIS ends and Iran can begin to concentrate its efforts against Israel. Iran is hailing a “turning point” in ties with Iraq but Syria may not want to be fully used as part of Iran’s plans as it tries to reconstruct parts of the country after the war. Syria also has tensions in Idlib, where Turkish-backed Syrian rebels still operate. Syria is trying to cement its sovereignty in the south of the country, near the Golan, and it must balance complex relations with its Russian ally and Hezbollah. Syrian media was mum on Wednesday regarding Israel’s accusations. Iranian media sought to critique the visit by US Senator Lindsey Graham to the Golan this week in which the senator intimated the US may seek to recognize the area as part of Israel.If Iran thinks that its road to the sea will not face some obstacles, the message by the IDF is that those like Daqduq are being watched.