The video of the test of the Khorramshahr, which is capable of hitting Israel, is said to have happened in January.

A ballistic missile is launched and tested in an undisclosed location, Iran, March 9, 2016.
(photo credit: REUTERS)
Advertisement
A week after Jerusalem condemned a ballistic missile test by Iran, the Israeli defense establishment said that intelligence picked up no indication of such a launch.On Saturday, Tehran claimed to have tested the Khorramshahr, a ballistic missile with a 2,000-km.range, capable of carrying warheads.Tehran, which possesses more than 1,000 short- and medium- range ballistic missiles, is continuing to boost its missile arsenal.With such a significant number of missiles, Iran has the ability to proliferate weapons to countries and non-state actors such as Hezbollah on Israel’s northern border and Hamas in the Gaza Strip.It is estimated that the Lebanese Shi’ite terrorist group has tens of thousands of rockets with a range of 10 to 500 km.While the group’s rockets are not accurate, Iranian-backed Hezbollah has been investing significant time and energy into improving their accuracy such as producing missiles with GPS guidance systems. 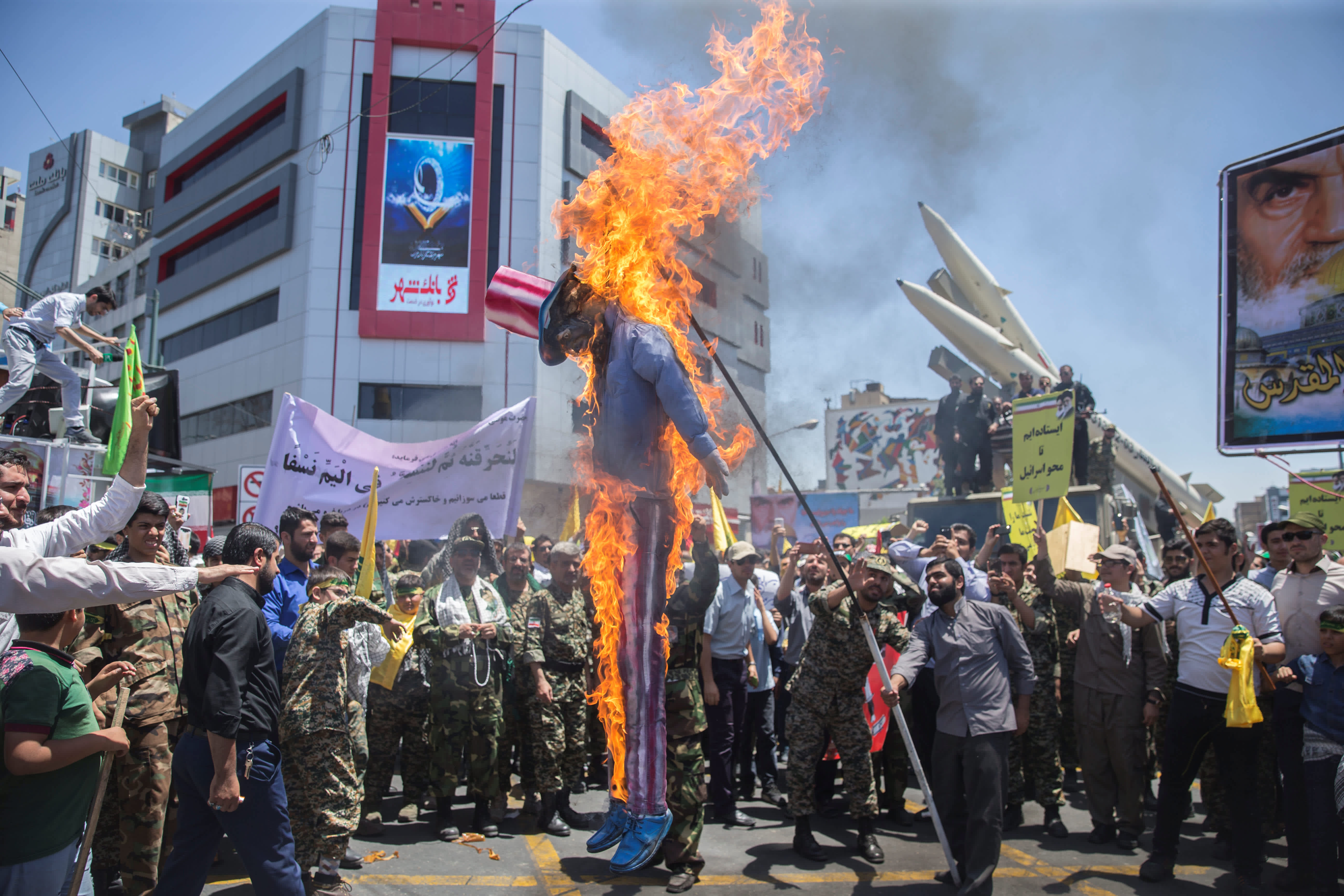 A scarecrow model is set on fire by Iranian demonstratorson during the annual pro-Palestinian rally marking Al-Quds Day in Tehran, Iran, June 23, 2017. (NAZANIN TABATABAEE YAZDI/ TIMA VIA REUTERS)
The Khorramshahr ballistic missile was first displayed the previous day during a military parade in the capital, where President Hassan Rouhani declared that the Islamic Republic would continue to strengthen its missile capabilities.State broadcaster IRIB carried Saturday’s footage of the test, including video from an on-board camera it said showed the detachment of the cone that carries the warheads.IRIB added that it was the country’s third missile with such a range. It didn’t indicate when or where the test was carried out.Fox News first reported that the video was more than seven- months old, quoting two US officials as saying that it was from a failed launch in late January, when the missile exploded shortly after liftoff.According to CNN, US officials have stated that US intelligence radars and sensors also did not pick up any indication of any launch.
TV coverage of Iranian missile test, September 23, 2017 (Reuters)
Along with US President Donald Trump, Israeli ministers decried the supposed test.Defense Minister Avigdor Liberman said it was more than a provocation and an act of defiance directed at the US and Israel.“It’s also further proof of Iran’s aspirations to become a world power and to threaten not just the Middle East but all the countries of the free world. Imagine what would happen if Iran were to acquire nuclear weapons. That’s what it aspires to do, and we cannot allow it to happen,” he said on Saturday.Foreign Ministry director-general Yuval Rotem also released a statement saying Tehran was “directly challenging the international community” with the test and that “a robust response is imperative.”Iran is said to have conducted more than 20 missile tests since 2015, claiming they are legitimate and defensive in nature.