The sums are shocking. 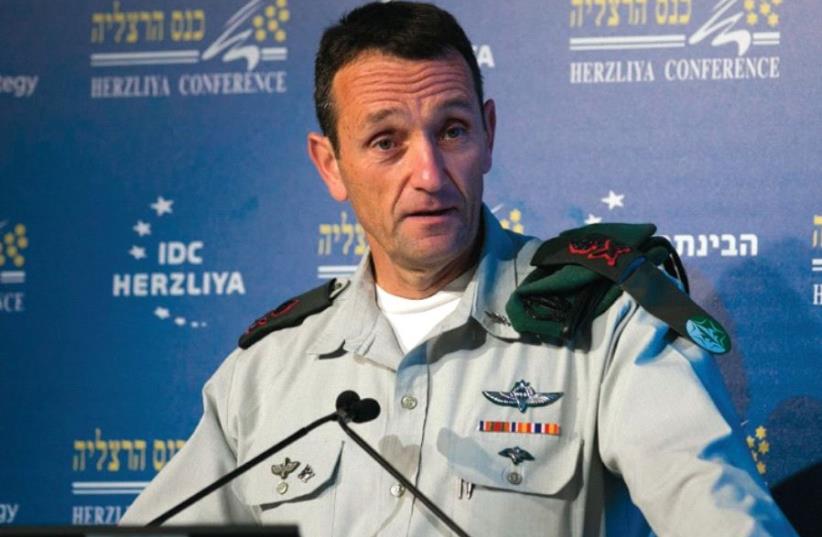 HERTZI HALEVI
(photo credit: HAGAI FRID)
Advertisement
Iran’s massive funding of terrorist groups that endanger Israel was exposed in shocking detail by IDF Military Intelligence chief Maj.- Gen. Hertzi Halevi on Wednesday.Speaking at the IDC Herzliya Conference, Halevi revealed that Iran is funding Hezbollah to the tune of $75 million a year, while paying $50m. of Hamas’s budget and approximately $70m. to Islamic Jihad.Connecting Hamas’s alliance with Iran to recent criticism of Israel for the humanitarian situation in the Gaza strip, Halevi placed the blame for a lack of construction supplies and the electricity problem squarely on Hamas.Israel has let into the Strip “four times the volume of building materials” required to build one of the world’s largest buildings, but “Hamas is using the materials for war, not rebuilding,” he said.Furthermore, he said that “the dispute about electricity in Gaza is an internal Palestinian issue” between Hamas and Fatah (which controls the Palestinian Authority). At the same time, he said Israel needed to “make Hamas choose its priorities” regarding whether it wanted to rebuild its society, or instead use money meant to pay for civilians’ electricity to arm itself.Returning to the Iranian funding and support of terrorism, Halevi noted that Tehran is regularly “acting to get exact and advanced weapons into Lebanon and Yemen.”Hinting at Israeli air strikes in Syria on these transfers of advanced weapons, he said, “Israel cannot ignore this development and we have not.”Halevi also surveyed Iran’s other activities, asking, “Why did Iran fire” a long-range missile at ISIS in Syria at the start of the week, instead of “using its nearby forces” already stationed in Syria.He said the answer could be that Iran’s missile strike might not have been a real show of strength, “and maybe was not so successful, but it was still worrisome.”The conference also featured a range of other top national security officials discussing key issues.Former Shin Bet director Yoram Cohen gave a detailed overview of the Israeli, Palestinian and US diplomatic proposals in 2013- 2014, arguing that the gaps between the sides were too great to overcome.He said Israel could not count on the US’s suggested technological solutions and multinational forces to provide Israel security and that Israel must continue to have sole responsibility for its own security.Former Mossad chief Shabtai Shavit looked into the future when ISIS’s remaining strongholds fall, predicting that its ideology will continue as a threat even after it loses its physical control over much of Iraq and Syria.IDC Institute for Counter Terrorism Dean Boaz Ganor suggested that, even with ISIS on the run, to properly eliminate the threat, US President Donald Trump should “put sandals on the ground” if he did not want to “put boots on the ground.”Ganor meant that using special forces in conjunction with air power would make beating ISIS faster and more complete.Former IDF Military Intelligence chief Aharon Ze’evi-Farkash predicted that “Shi’ite extremism will continue to be part of our problems in the Middle East” beyond all of the ongoing short-term trends in the region.Next, in a panel discussion on national decision-making processes on war and peace, participants agreed that Israel’s process needs fixing, but disagreed about how bad the situation was and what the fix should be.Former national security adviser Yaakov Amidror said, “There are inherent problems in Israeli government methodology. In a democracy elected politicians make decisions, not appointed specialists. Democracy is the least problematic [system] of all. We shouldn’t spoil it.”He added, “We need to force ministers to at least study the data. Looking at decision-making processes here, we are not last in the world... we sat with British experts and they admired us. Ultimately, even with all of our problems, cabinet decision-making is not bad.”Former national security council adviser Uzi Arad thought the situation was far worse.He said that during cease-fire negotiations during the 2014 Gaza war (Operation Protective Edge), “There were instances where the foreign minister [then Avigdor Liberman] didn’t know about negotiations. The problem is an informative issue.”Arad said when he was National Security Council chief, he boycotted meetings where key ministers were kept in the dark.In contrast, conference chairman and retired Maj.-Gen. Amos Gilead said that the current cabinet system is broken and cannot be fixed, because there are too many people in the security cabinet and they are too political.He suggested experts or fewer minister should make decisions.