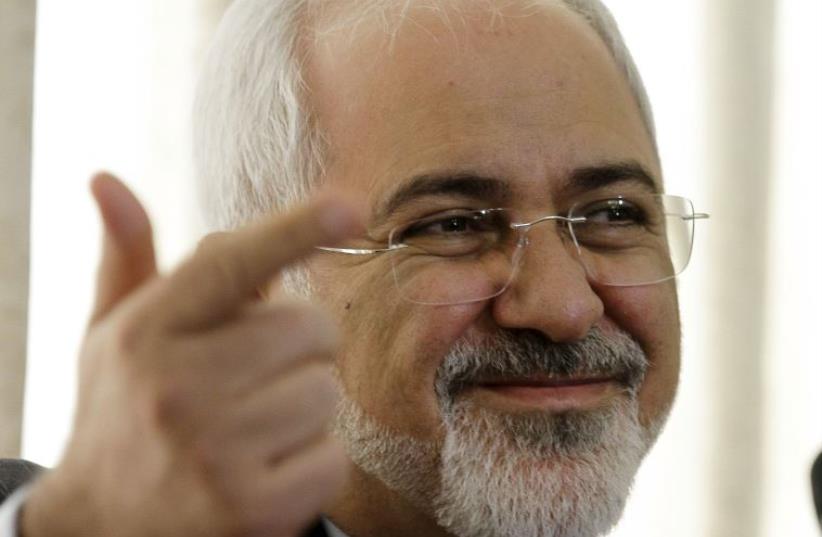 Iranian Foreign Minister Mohammad Javad Zarif
(photo credit: REUTERS)
Advertisement
A senior Iranian official has accused the purported second, secret spouse of Iran's Foreign Minister Mohammad Javad Zarif of "spying for the West."The head of Iran the Revolutionary Guards-affiliated Center for Electronic Resistance, Mohammad Hossein Rostami, posted on Facebook Sunday that he was about to unveil information that would "cause a political earthquake.""Afrin Jit Saaz, Zarif's second wife, is a spy whose crimes were proven by the official authorities," Rostami wrote.The senior Iranian security official, asked the foreign minister: "Mr. Zarif, do you know that the movement of foreign influence in Iran has arrived at your bed?""Official documents written by your colleagues reveal that your second wife, Afrin Saaz is spying for foreigners," Rostami wrote in the post. While official documentation lists only Maryam Imanieh as Zarif's wife, there are no known records of the alleged second wife of Iran's top diplomat. Zarif's rumored second spouse is said to be a former reporter for the state-owned Iran newspaper who was arrested together with three other journalists a few months ago by Iranian security forces for alleged espionage supporting the West.Her arrest came shortly after Iran's Supreme Leader Ayatollah Ali Khamenei announced the beginning of a campaign resistance to the clout of the United States and the West in Iran.Rostami has not yet released any of the said secret documents, but has vowed to do so.The Center of Electronic Resistance is a part of Iran's Amariyun Strategic Center for Resistance to the War waged Against Iran, an institute established by the Revolutionary Guards after the mass protests that took place in 2009, following reports of an alleged fraud in that year's presidential elections.