The targeting of the fashion duo is part of a larger operation by the Iranian morality police to enforce Islamic values through social media. 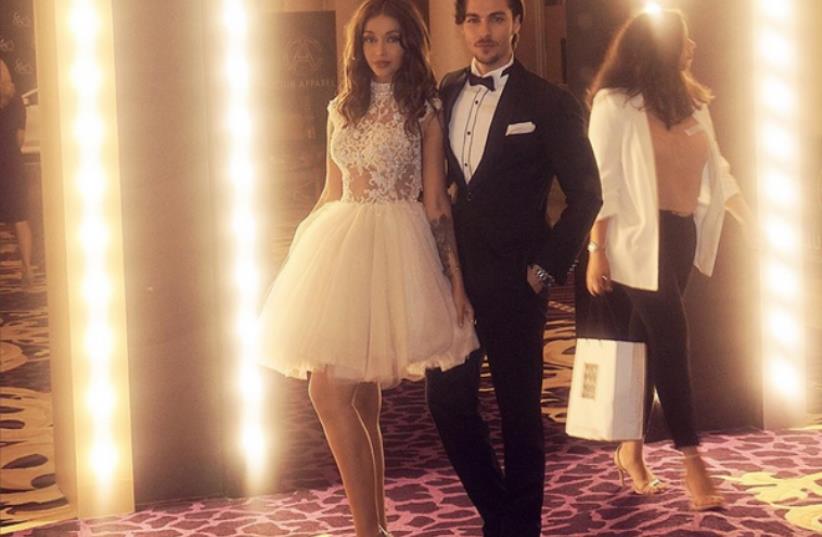 Elnaz Golrokh and Hamid Fadei
(photo credit: INSTAGRAM)
Advertisement
A glamorous model couple from Iran has been forced to flee the country after the Iranian morality police declared their social media accounts were 'un-Islamic,' The Daily Mail reported.Elnaz Golrokh, a professional makeup artist and her model husband Hamid Fadaei reportedly fled from Iran to fashion-friendly Dubai in January. The couple was reportedly released on bail after being arrested by Iranian morality police as part of Operation "Spider II."

President Hassan Rouhani has attempted to enforce "Islamic values" throughout Iran by targeting the fashion industry, which has seen a significant boost as of late due to social media celebrities and the budding world of Iranian fashion.According to Iranian media, 170 people had been targeted in the operation through social media activity as being involved in the fashion industry, including 58 models, 59 photographers and makeup artists.The renegade couple seemed unfazed as they posted Instagram photos from a luxurious Dubai hotel. Golrakh posted a message to her fans alerting them of her move, saying: "Unfortunately for the moment I will not be active in Iran, but I will continue my work outside Iran. Thanks for your support and your positive energy. I love you."Both Golrokh and Fadei are Instagram celebrities, each with hundreds of thousands of followers on their social media pages. Fadei is one of Iran's most famous models, and has been the face of several international campaigns, including Paris fragrance Robert Vizzari, haute couture British designer Cameron Zigal and Iranian sports label Fidal.

On Tuesday, another high-profile Iranian model, Elham Arab, was charged by the morality police with "promoting Western promiscuity," and made a voluntary confession before the Iranian Revolutionary Court saying that she "regretted" becoming a model."All people love beauty and fame," Arab said in court."They would like to be seen, but it is important to know what price they will pay to be seen." Most of the Instagram and Facebook profiles of those targeted in the operation have been taken offline, including the account linked to Arab.The previous morality operation, referred to as "Spider I," "targeted pornography and insulting Islamic sanctity." The latest targeting of models is another move by Iranian authorities to control Western influence, particularly on women. In recent years, police have been cracking down on dress code, specifically the mandatory headscarf worn by many Iranian women. According to Tehran police chief Gen. Hossein Sajedinia, Tehran deployed close to 7,000 undercover officers to enforce the Islamic dress code throughout the country.