Iran’s “nuclear file is a concern for everyone,” said Kemal Okem, Turkey's ambassador to Israel. 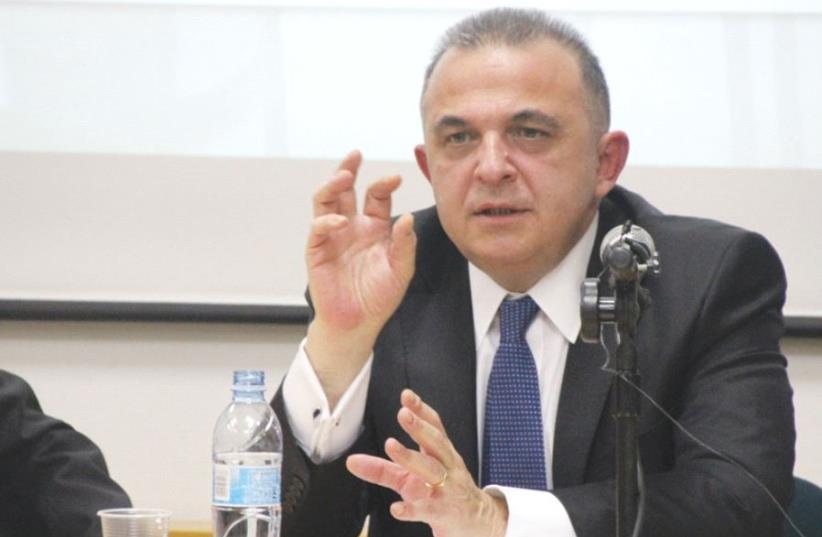 Turkish ambassador to Israel Kemal Okem speaks at Tel Aviv University
(photo credit: TOVAH LAZAROFF)
Advertisement
Turkey shares Jerusalem’s concern about Iran’s regional ambitions and nuclear potential but differ when it comes to strategy, the country’s new ambassador to Israel, Kemal Okem, told The Jerusalem Post on Wednesday.Iran’s “nuclear file is a concern for everyone,” said Okem, speaking briefly to the Post after delivering a wide ranging policy speech at Tel Aviv University that was followed by a question and answer session.Ankara, he said, believes the best way forward is through containment not isolation.
Iran tests more missiles "capable of reaching Israel"
“We have had a common border [with Iran] for hundreds of years which remains unchanged. They see us as a strategic competitor... We saw the need for engaging and containing their ambitions,” he said.With regard to Iran in Syria, he said he sees a “little bit” of progress in that Iran had assumed some kind of responsibility, while on the topic of Russia in Syria, he said to the Israelis in the room: “Good luck, you have a new neighbor.”The ambassador said the threat from terrorism and Islamic State can be found in Berlin and Istanbul and that Turkey is part of the international battle against extremism and ISIS. Both Muslims and Jews should be fighting this battle, he said.“Terrorism is a global phenomenon it is always there and it won’t go away without a global fight,” which is one of the reasons, he said, Turkey must continue its cooperation with Europe.“There are some misperceptions about Turkey’s role and policies and this should be corrected,” Okem said, explaining that his country was not shifting away form the Western World.On the issue of Gaza, he said Turkey supported its people but not Hamas.“We do not accept the linear analogy that is trying to be established that every one living in Gaza belongs to Hamas and is a terrorist. We do not accept this. We have to distinguish between people who are suffering and people who happen to be members of Hamas as a political party,” he said.It is important for Turkey, he said, that it is providing financial assistance to Palestinians in the West Bank and Gaza as part of its return to normalized diplomatic ties with Israel following a five-year freeze, and is thankful to Israel for the help and cooperation it has shown in helping Ankara with this mission, which includes support for an industrial park in Jenin and a hospital in Gaza.