"Small technical mistakes, small failures in implementation can become big political issues that could have a large negative influence on the agreement." 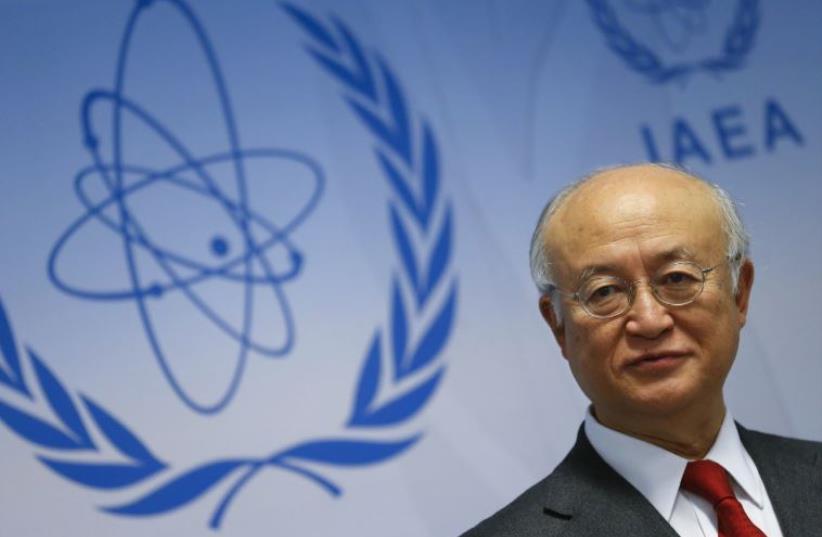 International Atomic Energy Agency (IAEA) Director General Yukiya Amano addresses a news conference after a board of governors meeting at IAEA headquarters in Vienna, which dealt with the Iran nuclear deal, November 26
(photo credit: REUTERS)
Advertisement
VIENNA - The implementation of a landmark nuclear agreement between Iran and world powers is still fragile, the head of the UN agency that polices Iran's side of the deal has said, warning that small mistakes could have grave consequences.Iran and six major powers, including the United States, struck the agreement last year. It restricts Tehran's nuclear activities in exchange for the lifting of international sanctions against the Islamic Republic."The implementation of the agreement is still fragile," International Atomic Energy Agency chief Yukiya Amano said in an interview with the German news agency DPA published on Friday before a trip to Germany.
Iran deal in a nutshell
"Small technical mistakes, small failures in implementation can become big political issues that could have a large negative influence on the agreement," he added.Amano's agency has reported that Iran so far has stayed within the terms of the agreement. Those include limits on its stockpile of enriched uranium and the number of its centrifuges, machines that enrich uranium, it has installed.Iran has also complained that the United States is not keeping its side of the deal. It wants Washington to do more to encourage banks to do business with Iran. Many are wary that doing so would run afoul of US sanctions still in place .Earlier this week, the speaker of the Iranian parliament canceled talks with German Economy Minister Sigmar Gabriel intended to improve Germany's trade ties with Iran. The speaker, Ali Larijani, gave no reason, but the cancellation came after Gabriel urged Iran to pursue reforms and work for a cease fire in Syria, where Tehran supports President Bashar al-Assad .The Republican candidate for US president, Donald Trump, has strongly criticized the deal, though he has also conceded that it would be hard to tear it up as he had previously said he would.The United States says it has done everything required by the agreement, which was also signed by Russia, China, France, Britain and Germany."There is little trust," Amano said, referring to the United States and Iran.