US and Iran argue over inspections at nuclear watchdog meeting

US Ambassador to the UN Nikki Haley last month called for the IAEA to inspect a wider range of sites in Iran, including military ones. 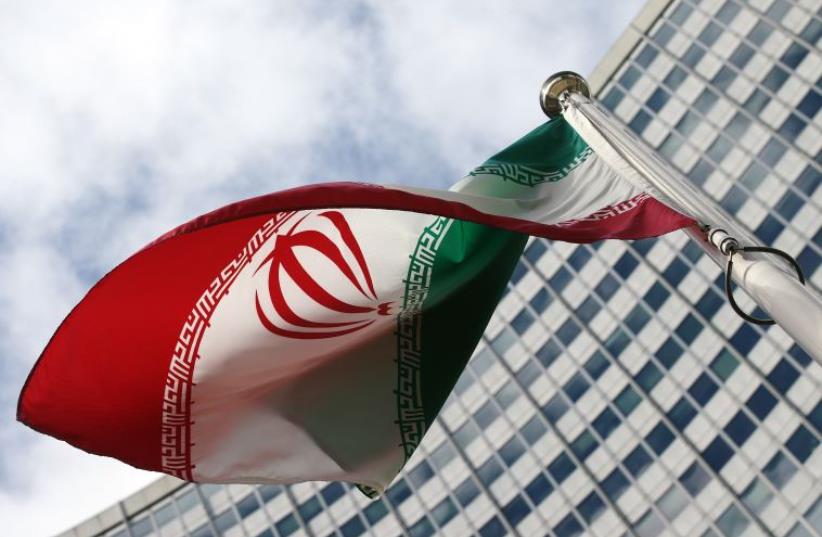 An Iranian flag flutters in front of the United Nations headquarters
(photo credit: REUTERS)
Advertisement
VIENNA - The United States and Iran quarreled over how Tehran's nuclear activities should be policed at a meeting of the UN nuclear watchdog on Monday, in a row sparked last month by Washington's call for wider inspections.Key US allies are worried by the possibility of Washington pulling out of a 2015 landmark nuclear deal under which Iran agreed to curb its nuclear program in exchange for sanctions against it being lifted.US Ambassador to the United Nations Nikki Haley last month called for the International Atomic Energy Agency (IAEA) to inspect a wider range of sites in Iran, including military ones, to verify it is not breaching its nuclear deal with world powers. Her remarks were rejected by a furious Tehran."We will not accept a weakly enforced or inadequately monitored deal," US Energy Secretary Rick Perry told the IAEA General Conference, an annual meeting of the agency's member states that began on Monday.He did not say whether he thought the deal was currently weakly enforced."The United States... strongly encourages the IAEA to exercise its full authorities to verify Iran's adherence to each and every nuclear-related commitment under the JCPOA," Perry added, referring to the deal by its official name - the Joint Comprehensive Plan of Action.Perry was speaking shortly after the General Conference formally approved the appointment of Yukiya Amano, a 70-year-old career diplomat from Japan, to a third term as IAEA director general.US President Donald Trump has called the accord "the worst deal ever negotiated" and has until mid-October to make a decision that could lead to Washington reimposing sanctions on Iran.
An "unchecked Iran" could follow same path as North Korea: Tillerson (credit: REUTERS)
Iran's nuclear chief, Ali Akbar Salehi, told the meeting in Vienna that Washington had made "a host of unjustifiable peculiar demands with regard to the verification of our strictly peaceful nuclear program.""We remain confident that the (IAEA) will resist such unacceptable demands and continue to execute the agency's... role with strict objectivity, fairness and impartiality," he said. Salehi also criticized what he called "the American administration's overtly hostile attitude."The IAEA has the authority to request access to facilities in Iran, including military ones, if there are new and credible indications of banned nuclear activities there, but diplomats say Washington has yet to provide such indications.Amano often describes his agency's work as technical rather than political and has declined to comment on Haley's remarks about inspections. In a speech on Monday, however, he defended the deal as an important step forward."The nuclear-related commitments undertaken by Iran under the JCPOA are being implemented," Amano said. "Iran is now subject to the world's most robust nuclear verification regime."