China relies on the Middle East for oil supplies, but tends to leave diplomacy there to other permanent members of the UN Security. 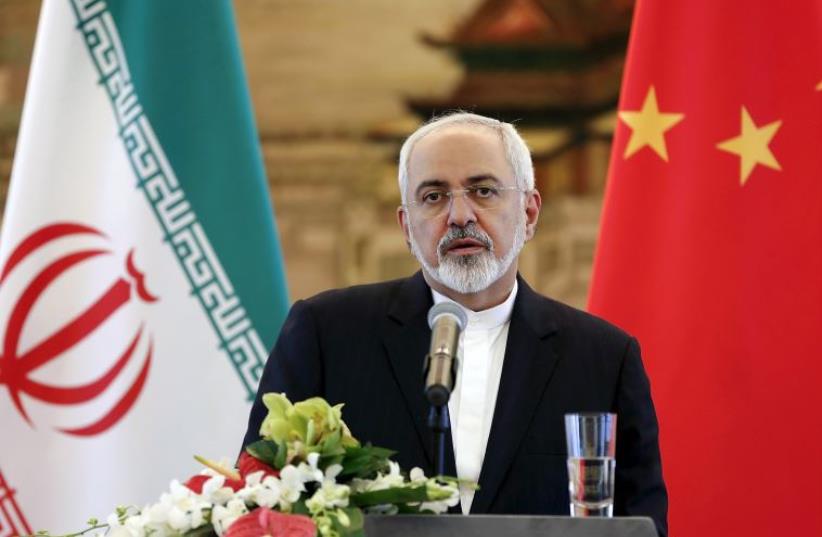 Iranian Foreign Minister Mohammad Javad Zarif at a news conference after meeting with Chinese Foreign Minister Wang Yi in Beijing
(photo credit: REUTERS)
Advertisement
DUBAI - China should play a more active role in fighting Islamic State, a senior figure in a body that advises Iran's Supreme Leader said on Thursday, according to the country's Fars news agency.China relies on the Middle East for oil supplies, but tends to leave diplomacy there to other permanent members of the UN Security Council -- the United States, Britain, France and Russia."China can significantly help the regional peace and stability by becoming more active in the fight against the Islamic State," said Mohsen Rezaei, who has the title of Secretary of the Expediency Council, after meeting members of a Chinese delegation in Tehran.China has called for greater coordination after attacks in Mali and Paris and the downing of a Russian warplane by Turkey, but has long said there is no military solution in Syria, with state media criticizing the West and Russia for air strikes.But this month a Chinese-language song purportedly released by Islamic State put Chinese officials on alert that they need closer global cooperation against Islamist militancy.Beijing warns that some members of the Muslim Uighur ethnic group, from the western region of Xinjiang, have joined Islamic State in Syria and Iraq.Rezaei said if China plays a more significant role in the fight against the Islamic State, "Iran can fight against Islamic extremism in Central Asia through cultural activities and interaction with Chinese Muslim community."Shi'ite power Iran has ramped up its military presence in Iraq and Syria, where Islamic State controls large areas. The Sunni Islamist group views Shi'ites as heretics.Iran is widely credited for convincing Russia to start its military intervention in Syria and join the fight against the Islamic State.