The comments from Ali Akbar Salehi, the head of Iran's atomic energy agency, are the latest volley in a lengthy battle between Iranian officials supportive of the deal, and hardliners who are skeptical of it. 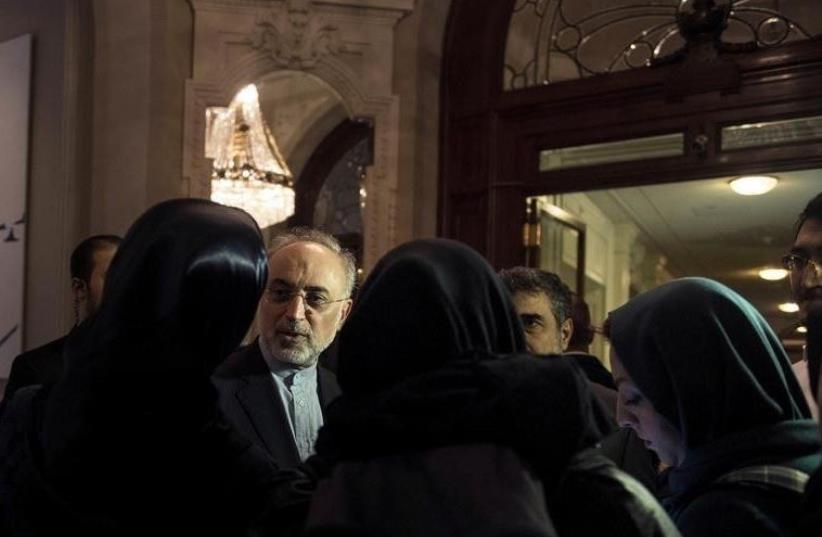 Head of the Iranian Atomic Energy Organization Ali Akbar Salehi speaks with reporters [File]
(photo credit: REUTERS)
Advertisement
Iran's parliament does not have authority over the nuclear agreement signed with world powers last month, the Islamic Republic's top nuclear negotiator was quoted as saying on Saturday.The comments from Ali Akbar Salehi, the head of Iran's atomic energy agency, are the latest volley in a lengthy battle between Iranian officials supportive of the deal, and hardliners who are skeptical of it.The conservative-dominated parliament in June passed a bill imposing strict conditions on any nuclear deal, such as barring international inspectors from Iran's military sites.Under the terms of the final deal, however, Iran must provide access to suspect sites including at its military facilities within 24 days, or risk sanctions being reimposed."It is absolutely not the case that the government must bring before parliament any agreement it wants to sign with a foreign country," Salehi was quoted as saying by state news agency IRNA."The Joint Comprehensive Plan of Action is not a treaty or a convention, and I don't know under what definition it would go to parliament."The Iran nuclear deal, reached with six world powers on July 14, imposes strict limits on its nuclear program in exchange for relief from international sanctions, breaking decades of mounting hostility with the West.Hardliners in parliament and the security establishment began sniping at the deal within days but have been unable to persuade Supreme Leader Ayatollah Ali Khamenei, the country's highest authority, to withdraw his cautious support for it.The deal is also under threat from US lawmakers, who have until Sept. 17 to accept or reject the agreement. Some members of Congress have objected to the deal as not tough enough, and rejection would prevent President Barack Obama from waiving most US-imposed sanctions on Iran.The head of the United Nations nuclear watchdog, Yukiya Amano, will meet US Senators this week to discuss his agency's monitoring role of Iran's nuclear program.