Buchanan said that the deal was going through, and that Republican leadership conceded as much. 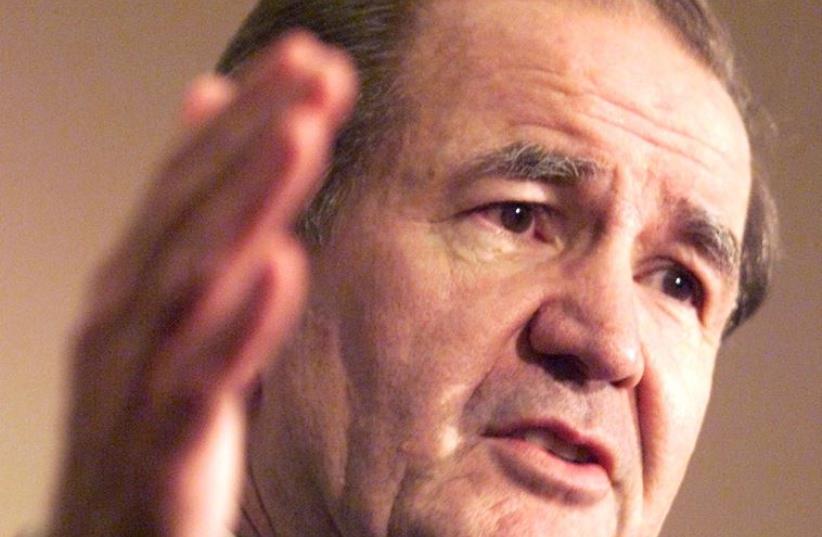 Conservative pundit Pat Buchanan
(photo credit: REUTERS)
Advertisement
One-time Republican presidential candidate and conservative pundit Pat Buchanan vigorously defended the newly signed Iran nuclear deal between world powers and the Islamic Republic during an interview on Sunday morning talk show the McLaughlin Group, surprising many in the GOP who have nearly all come out against Barack Obama's signature foreign policy achievement. In a lively discussion between Buchanan and multiple panelists, host John McLaughlin asked his guests if "the Iran deal was doomed?"Buchanan responded by using Senator Charles "Chuck" Schumer (D-NY) as an example of how feckless the opposition to the agreement was, claiming that the veteran lawmaker, who famously came out against the deal earlier this month, was "deliberately not leading," despite the fact that "New York was for the deal."Buchanan went on to say that "the deal was going to go through," adding that the Majority Leader in the Senate Mitch McConnell (R-KY) "conceded as much" over the weekend and "was going to be the law."
Iran deal in a nutshell
When the panel was prompted about past, ostensibly provocative behavior on the part of Iran, specifically at a military site where US intelligence believed the Islamic Republic was testing components of a nuclear weapon in 2003, Buchanan responded: "What Parchin is all about, John, it’s a military base. It’s not a nuclear weapon site. They were apparently testing allegedly nuclear triggers or detonators. That was in 2003, before the program, according to the American intelligence agencies, all 16 shut down."The host then pressed Buchanan on the point, asking "How important is it to know whether or not the Iranians tested nuclear triggers at Parchin...Is it crucial?""No, it's not," Buchanan responded.Was it "crucial to understanding how quickly Iran might be able to build a nuclear weapon, and the extent of Iran’s previous efforts?" McLaughlin pressed further."No, because -- I tell you, because plutonium can’t be produced under this agreement, and uranium, high grade uranium can’t be produced under this agreement, and that’s locked in. And without that, you ain’t got bomb," Buchanan concluded.