Last week, Iran unveiled a new surface-to-surface missile it said could strike targets with pinpoint accuracy within a range of 500 km. 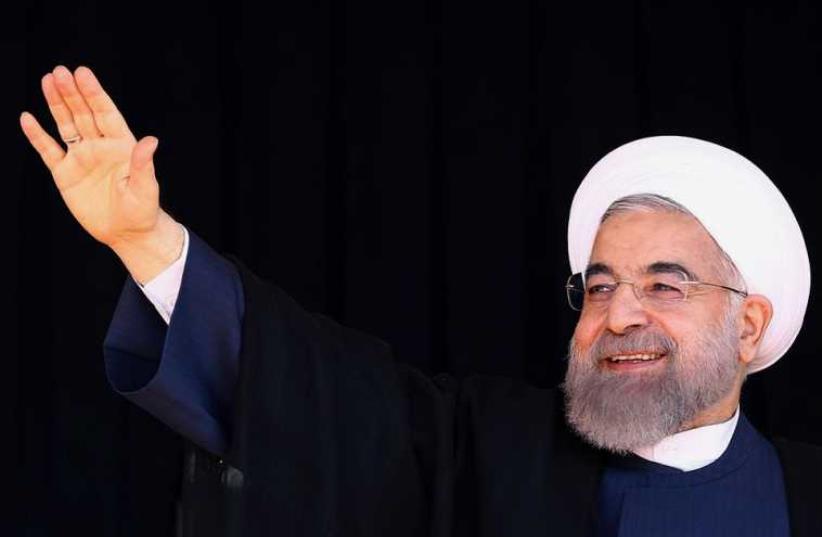 Iranian President Hassan Rouhani
(photo credit: HO / IRANIAN PRESIDENCY WEBSITE / AFP)
Advertisement
Iran's military capability has not been affected by its nuclear deal last month with six world powers, President Hassan Rouhani said on Saturday, moving to reassure hardliners that the deal was no sign of Iranian weakness."With regards to our defensive capability, we did not and will not accept any limitations," Rouhani said at a press conference carried on live television."We will do whatever we need to do to defend our country, whether with missiles or other methods."Last week, Iran unveiled a new surface-to-surface missile it said could strike targets with pinpoint accuracy within a range of 500 km (310 miles), a move likely to worry Tehran's regional rivals.Rouhani said at the ceremony that Iran's military might was a precondition for peace, after being criticized by hardline factions in Iran's multi-tiered leadership for negotiating with Western powers they see as fundamentally hostile to the Islamic Republic.Under the July 14 pact, Iran agreed to strict limitations on its nuclear program to ensure it cannot be turned to developing atomic bombs, in exchange for a removal of international sanctions imposed on Tehran. Iran denies ever seeking bomb capability from its nuclear program.According to the deal, any transfer to Iran of ballistic missile technology during the next eight years will be subject to the approval of the UN Security Council, and the United States has promised to veto any such requests.An arms embargo on conventional weapons also stays, preventing their import into and export out of Iran for five years.