"The United States wants to tell governments not to get ahead of themselves when dealing with Iran," says London-based diplomatic source. 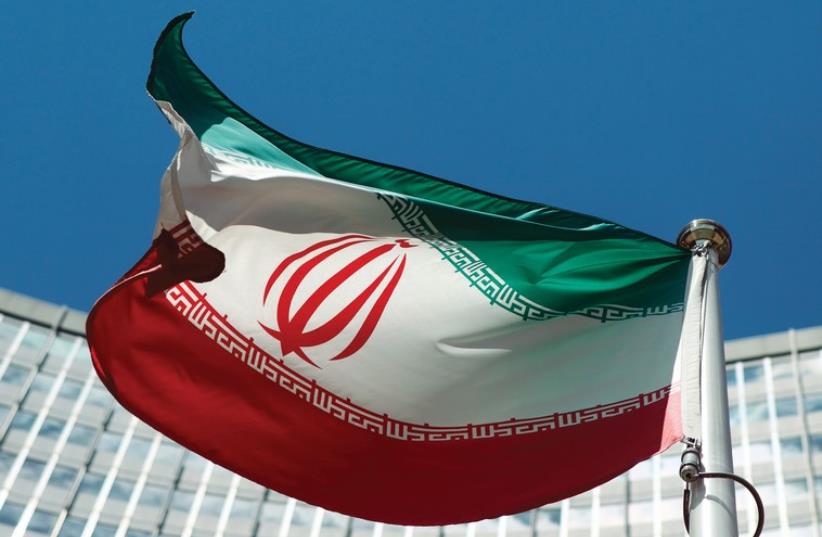 AN IRANIAN flag flutters in the breeze
(photo credit: REUTERS)
Advertisement
LONDON/WASHINGTON - The Obama administration has privately reminded foreign governments and US bankers that sanctions against Iran remain in effect, cautioning against a rush by Western companies to invest in Iran's oil industry and other businesses until the country fully complies with the July nuclear agreement.The US State Department recently cabled a message, known as a demarche, to embassies around the world to reiterate that sanctions on Iran are still in place, diplomatic and government sources told Reuters on Friday.The demarche stressed that sanctions on Iran would not be lifted until the International Atomic Energy Agency verifies that Tehran has complied with the terms of the deal."The United States wants to tell governments not to get ahead of themselves when dealing with Iran," said a London-based diplomatic source.It is uncertain exactly when the layers of Western sanctions might be lifted, but experts have said some international financial transactions with Iran would be possible sometime next year if Iran is found in compliance.US law allows the administration to enforce sanctions by targeting financial institutions in countries that do business with the state-owned National Iranian Oil Co or its subsidiaries. Companies that breach the sanctions risk fines, asset freezes and being cut off from the US dollar banking system.In 2014, the United States imposed a record fine on French bank BNP Paribas, which agreed to pay almost $9 billion to resolve accusations it violated US sanctions against Sudan, Cuba and Iran.The Joint Comprehensive Plan of Action hit on July 14 by Iran and six world powers, including the United States, imposes strict limits on Iran's nuclear program in exchange for relief from sanctions. Iran is counting on an end to sanctions to boost its battered economy, particularly an oil and gas sector that has shriveled under Western sanctions.Business delegations led by senior government officials from major economies, including Germany, Britain, France, Italy, Japan and India, have traveled over the past three months to Tehran to discuss future trade opportunities.Most significantly, a number of the world's top oil companies including Royal Dutch Shell, France's Total and Italy's Eni have held high-level talks with Iranian energy officials to discuss the development of Iran's vast oil and gas reserves.An Obama administration source confirmed the demarche was sent recently. The administration is "routinely in touch with third party stakeholders in the private sector and governments about the terms of the plan," said the official, who is not authorized to speak publicly about the deal and spoke only on condition of anonymity.In addition to the demarche, US officials have recently held round table discussions with oil industry executives and bankers in Washington and New York to reiterate that sanctions remain in effect.According to the London-based diplomatic source, Iran's decision last month to postpone a key oil conference in London for the fourth time came after US officials conveyed concerns to British diplomats that the Dec. 14 event would take place before the easing of sanctions. It is now planned for February 2016.Iran's national oil company has said it plans to unveil more than 50 new contracts for development of the country's energy reserves that have been choked under the sanctions at the conference in February.There has been "a real gap" in the understanding by oil and commodities traders about the complexities of the deal and getting information out there is important, said the Obama administration source.