US State Department clarifies description of Parchin as nuclear site 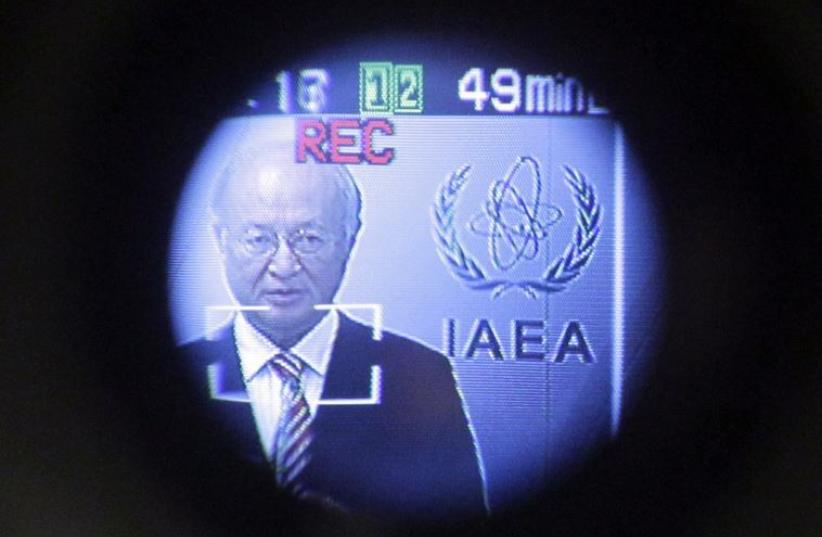 International Atomic Energy Agency (IAEA) Director-General Yukiya Amano is seen through a video camera viewfinder as he attends a news conference in Vienna
(photo credit: REUTERS)
Advertisement
NEW YORK – Iran’s military complex at Parchin formerly served as a nuclear site, but no longer does, State Department spokesman John Kirby told The Jerusalem Post on Friday.Kirby was clarifying a comment he made on Thursday afternoon in a briefing with reporters, in which he characterized the facility as “a conventional military site, not a nuclear site.”The United Nations’ International Atomic Energy Agency suspects that Parchin hosted Iran’s experimentation with nuclear weapons technology over the last decade. The agency seeks access to the site in order to resolve its investigation into that past work.That access - outlined in a road map agreed upon by the IAEA and Iran last month - is the first step toward implementation of the larger nuclear deal reached with world powers on July 14.But satellite imagery suggests Iran began construction on the site in the early summer, raising concern that Tehran is covering up nuclear work there.The IAEA has noted this construction in its internal reports on their investigation, but Iran says it is within its rights to build at its conventional military facilities.Asked whether Iran is indeed within its rights to build at the facility, or if the site has been considered nuclear in nature, Kirby replied: “Both are true.”“What matters about Parchin is that it was a nuclear site,” Kirby said. “And that is why the IAEA needs access to it, to determine the scope of Iranian PMD,” referring to the possible military dimensions of the Islamic Republic’s nuclear program.“Today, it is a conventional military facility,” he continued. “Construction on it - if true - may have nothing to do with the IAEA’s mission of determining PMD.”