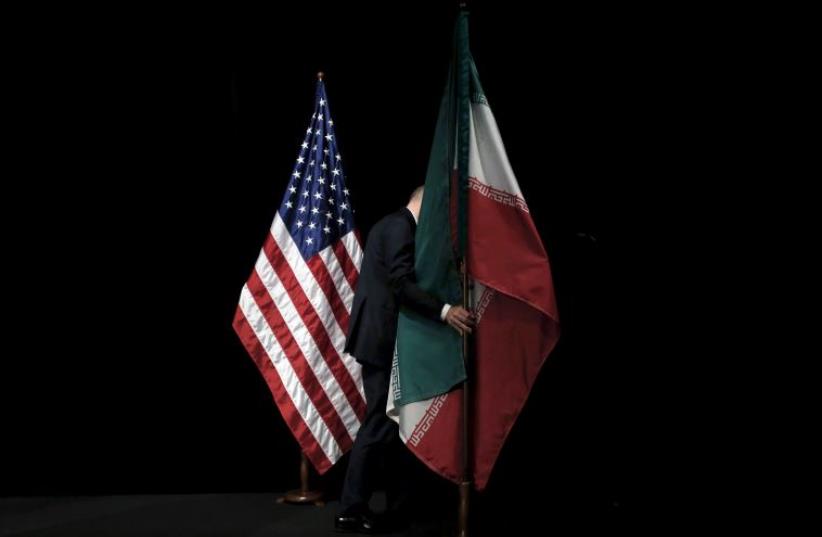 A staff member removes the Iranian flag from the stage during the Iran nuclear talks in Vienna, Austria July 14, 2015
(photo credit: REUTERS)
Advertisement
A senior Israeli nuclear researcher cast doubt on the nuclear deal with the Islamic Republic of Iran, saying it could make things even worse. Dr. Ephraim Asculai, founder of the Negev Nuclear Research Center (a nuclear installation in Dimona) said he has a number of serious concerns about the arrangement.Asculai has released a new book detailing his life’s journey, which took him through some of the most sensitive areas of Israeli – and international – security. The book, A Train Rides Backwards: Memories of an Israeli Nuclear Scientist (published by Contentonow), contains accounts of the early days of the Israeli Atomic Energy Commission (IAEC), his work in the IDF, and key posts he held in the UN’s International Atomic Energy Agency (IAEA).Asked to comment from his unique vantage point on the nuclear deal between Iran and the West, Asculai said, “There is a huge amount of things it does not include. Relations between Iran and the world. Iran-Israel relations. Iranian missiles. Human rights. None of these things is covered. 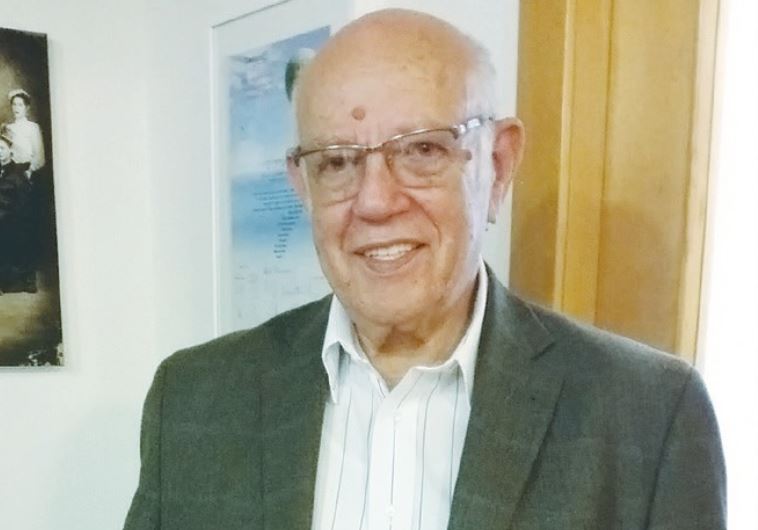 EPHRAIM ASCULAI (Courtesy)
In the 2000s, the Iranians proposed putting these subjects in the talks. The West decided that to get an agreement, it should focus only on the nuclear program,” he said. “I do not agree with that.”Referring to the agreement itself, Asculai said, “Despite what President Barack Obama has said, there is no ability to look at undeclared [nuclear sites]. Getting access to those would mean explaining to Iran why inspectors are going.”He described the failure to inspect such sites as a considerable flaw in the deal. Additionally, the agreement “does not look at the actual developments of weapons – not nuclear material – but the weapons,” he stated.He described both of those mistakes as being very significant, adding that the world will likely have to face the consequences further down the line.“The nuclear agreement postponed conflict by a number of years. But if conflict comes later, it will be much worse. Iran can do many hidden things,” he said.Furthermore, claims by Obama that intelligence agencies “will know” if Iran transgresses the clauses of the deal, are questionable, Asculai said.“Based on historical perspectives, intelligence does not know everything.”Speaking to The Jerusalem Post about the formative years of the Negev Nuclear Center from 1960 onwards, Asculai said, “It was an amazing enterprise. We felt we were building something from scratch. I was young, and part of a team. We had the knowledge, but we had to learn and develop through auto-deduction. Ultimately, we needed a lot of independent thinking. It felt great to achieve something new.”What seemed like a start from scratch to Asculai has now become a set and dominant feature of the Israeli scientific – and security – landscape, as one of the younger scientists who worked at the center once told Asculai.“For me, when you set something up from nothing, it is very unique,” he said.A year before his work in the Negev, Asculai worked on the nuclear reactor in Nahal Sorek. During those years, he received his MA, and then his PhD in atmospheric sciences from the Hebrew University of Jerusalem.“My career was odd,” he said, describing an unusual mix of disciplines he mastered, from physics to mathematics, and then meteorology.In 1982, the military “borrowed” Asculai. Details of his work in the IDF, from 1982 to 1985, remain classified.A year after leaving the IDF, Asculai traveled to Vienna, where he joined the IAEA, working on responses to emergencies; work he had already undertaken in the Negev Nuclear Research Center.Between 1990 and 1991, he was scientific secretary to the IAEA commission that examined the impact of the Chernobyl nuclear reactor disaster on the environment. In 1992, Dr. Asculai returned to Israel and became heavily involved in the deliberations leading to the conclusion of the Comprehensive Test-Ban Treaty (CTBT). In his final period at the IAEC he served as the director of external relations.During his sabbatical at the Institute for Science and International Security (ISIS) in Washington DC he authored Verification Revisited: The Nuclear Case, a book he describes as “professional,” and not an easy read for non-experts.Since 2002, Asculai has been senior research fellow for the Tel Aviv-based Institute for National Security Studies (INSS), where he studies the proliferation of weapons of mass destruction.Asked why he chose the book’s title, Asculai recalled being on a seven-hour train ride in Austria, and sitting alongside his wife, who prefers to sit with her back facing forward.“We sat next to one another, and I looked at the window. I then realized, looking out, the future cannot be seen. The present passes by in a flash. The past is moving away.”
Advertisement
Subscribe for our daily newsletter