Want to tell your senator to oppose funding Iranian terror? There's an app for that 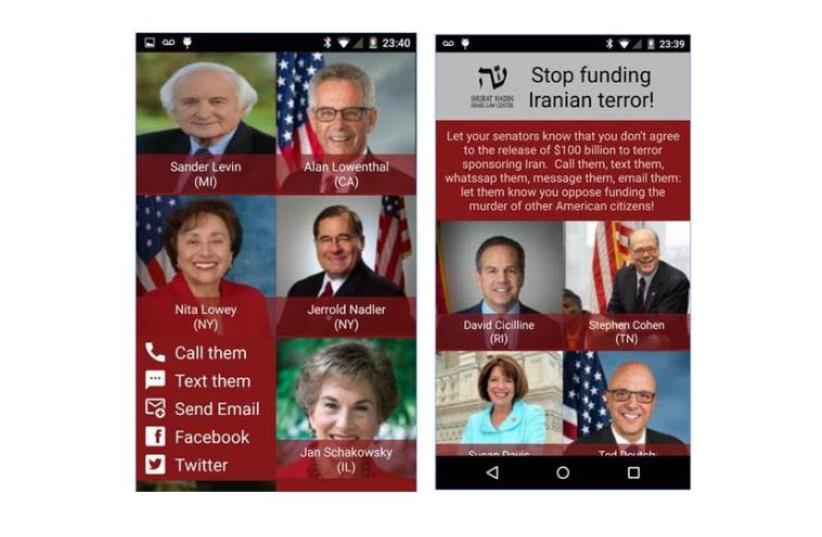 Stop billions to Iran's terror app‏
(photo credit: Courtesy)
Advertisement
Want to tell your senator to oppose unfreezing $100 billion to Iran? .NGO Shurat Hadin has developed an application that allows users to turn to their government representatives directly through Whatspp, Twitter and Facebook. Traditionally, requests to congressman and senators have been made through letters, a slow and unwieldy process.Now, in an effort to lobby the US Congress against releasing money to Iran as part of the nuclear deal with the Islamic Republic, Shurat Hadin has developed the new application. The app is only available for Android devices in the first stage of its roll-out.According to Shurat Hadin the $100 billion that the Iranians will receive as part of the deal will be used to fund the regime's terror activities abroad.Shurat Hadin President Nitsana Darshan-Leitner called on "all citizens of Israel, the US and countries of the free world to go into the application and ask the senators not to transfer the promised billions to Iran."Darshan-Leitner said,  "we must ensure that the United States does not fund Iran's terror activities. We must prevent the next murder."