Senior Revolutionary Guard officer says Iran will act as it has in Syria to prevent terrorists from taking over.

By REUTERS
Bombing carried out by ISIS in Iraq's Mosul
(photo credit: REUTERS)
Advertisement
DUBAI - Iran is ready to help Iraq fight an armed revolt using the same methods it deployed against opposition forces in Syria, an Iranian general said, suggesting Tehran is offering to take a larger role in battling Sunni militias threatening Baghdad.Iranian leaders to date have said they would help defend Shi'ite Muslim shrines in neighboring Iraq if necessary, but have also said Iraqis are capable of doing that job themselves.Iran's Supreme Leader Ayatollah Ali Khamanei on June 22 also said he rejected intervention in Iraq by Washington or any other outside power against Sunni militants from the Islamic State in Iraq and Syria (ISIS) militia.ISIS has seized a broad swathe of territory in northern and western Iraq in recent weeks in their quest to topple the government of Prime Minister Nuri al-Maliki, a Shi'ite backed by Iran, and to set up an Islamic caliphate.
Iraqi forces en route to advance on ISIS-held Tikrit
Brigadier General Massoud Jazayeri, deputy joint chief of staff of the armed forces and a senior Islamic Revolutionary Guards Corps (IRGC) officer, told Iran's al Alam television that Iran's response to the militias would be "certain and serious."Jazayeri's remarks late on Saturday did not provide details on the assistance Iran could give Baghdad, beyond saying Iran could help with what he called popular defense and intelligence."Iran has told Iraqi officials it is ready to provide them with our successful experiments in popular 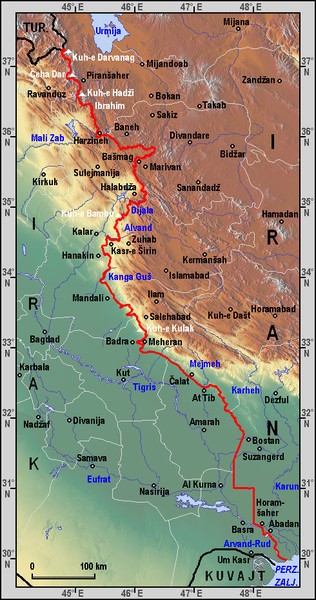 all-around defense, the same winning strategy used in Syria to put the terrorists on the defensive ... This same strategy is now taking shape in Iraq - mobilizing masses of all ethnic groups," he told the television station."A response is certain and serious," he said. "With Syria, too, we announced we would not allow terrorists in the hire of foreign intelligence services to rule and dictate to Syrian people. We will certainly have the same approach with Iraq."Shi'ite Iran has spent billions of dollars propping up its ally, Syrian President Bashar Assad, in what has turned into a sectarian proxy war with Sunni Arab states.The help has included hundreds of military specialists, including senior commanders from the elite Quds Force, the external and secretive arm of the IRGC, according to Iranian sources familiar with deployments of military personnel, Syrian opposition sources and security experts.Assad has also received battlefield support from fighters of the Lebanese Hezbollah movement, which Tehran also backs.Jazayeri said Iran would deal with Iraq on defense, security, border control and fortifications. To help Iraq, he said, Iran would monitor the situation in the region, as it had done "in Syria and other troubled areas in the region".