Suspected of working on behalf of Iran's elite military al-Quds Force, two Kenyans were arrested before carrying out a terror attack on multiple tourist sites. 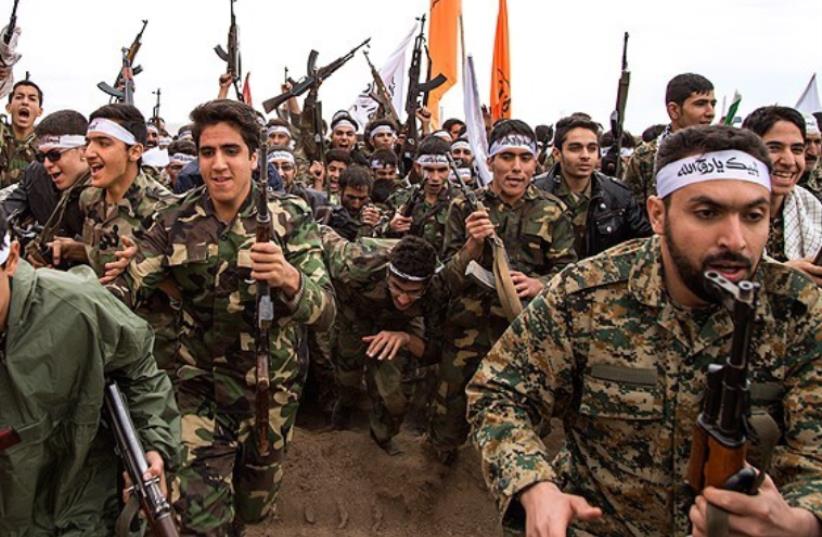 Thousand of Basij soldiers stage mock seige of Temple Mount in Iran
(photo credit: FARS)
Advertisement
Kenyan security forces have arrested two Kenyan men with links to Iran on suspicion of planning attacks in the East African nation, the Interior Ministry said on Saturday.The ministry originally identified both men as Iranians, but a spokesman later said it had issued that detail in error and the two men had links to Iran, not Iranian nationality."The two men, Abubakar Sadiq Louw and Yassin Sambai Juma, have admitted to conspiring to mount terror attacks against Western targets in Kenya," the ministry said.It said their targets included "hotels in Nairobi frequented by Western tourists and diplomats."Louw, 69, was a Kenyan passport holder and a prominent figure in Nairobi's Shi'ite Muslim community, the ministry said in the statement.Suspected of working on behalf of Iran's elite military al-Quds Force, Louw recruited 25-year-old Juma from Nairobi, it said.Louw told investigators he had arranged for Juma to travel to Iran and introduced him to a al-Quds force contact, the ministry added.Interior Ministry spokesman Mwenda Njoka confirmed to Reuters that Juma was also a Kenyan.Kenya has suffered from a series of attacks by Somali Islamist group al Shabaab, a Sunni Muslim group that has said its assaults are aimed at driving Kenyan troops and other members of an African Union force out of Somalia.There was no indication of any link to the latest arrests.Two Iranian men were sentenced to life in prison by a Kenyan court in 2013 for planning to carry out bombings a year earlier in the East African country. The ministry said those two men also had links to al-Quds Force.In 2014, a court ordered an Iranian man and woman held under anti-terrorism laws to serve two years in jail or pay a fine after admitting to using fake Israeli passports to enter Kenya.They had been detained on suspicion of planning an attack, but officials did not say if those suspicions were laid to rest.