Friday's election for selecting members of the influential Assembly of Experts, the 88-seat body mandated to pick the Supreme Leader of Iran, shows reformist leading the way. 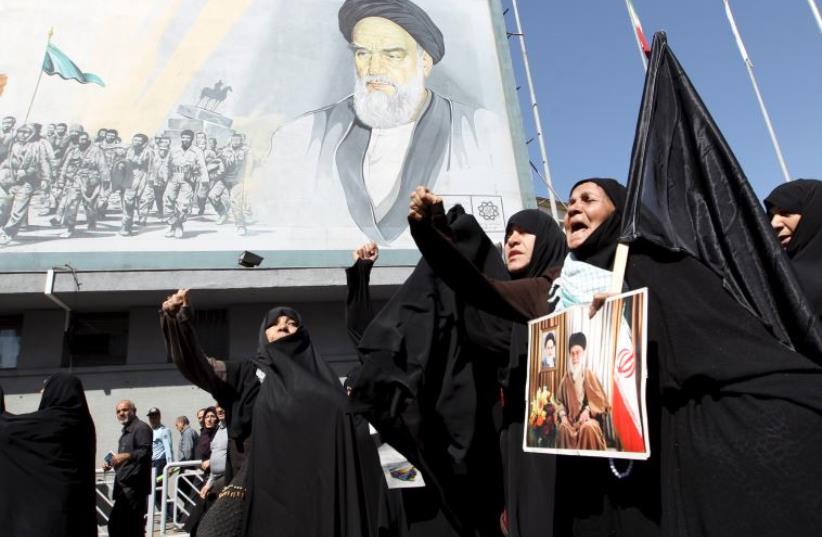 Iranian worshipers in Tehran chant slogans during a protest against Saudi Arabia after Thursday's crush that killed 131 Iranians at the haj pilgrimage
(photo credit: REUTERS)
Advertisement
Initial Iranian election results show reformists leading the race for membership of the influential Assembly of Experts, the country's ISNA news agency reported on Saturday.Friday's election for the 88-seat body, which has the task of choosing the country's highest authority, the supreme leader, was twinned with a vote for the 290-member parliament.Iran's former president Akbar Hashemi Rafsanjani on Saturday urged all factions to work together after initial election results showed the veteran powerbroker leading polls to become one of Tehran's delegates to the influential Assembly of Experts."The competition is over and the phase of unity and cooperation has arrived," state news agency IRNA quoted him as saying. "The time after elections is the time for hard work to build the country."Rafsanjani's allies, including President Hassan Rouhani, also performed well in the Assembly of Experts vote in Tehran. The assembly is responsible for choosing the Islamic Republic's highest authority, the supreme leader.