A recent example of the alleged targeting of civilians in Raqqa is the American bombardment of a wedding convoy in the city on Friday, which killed several people. 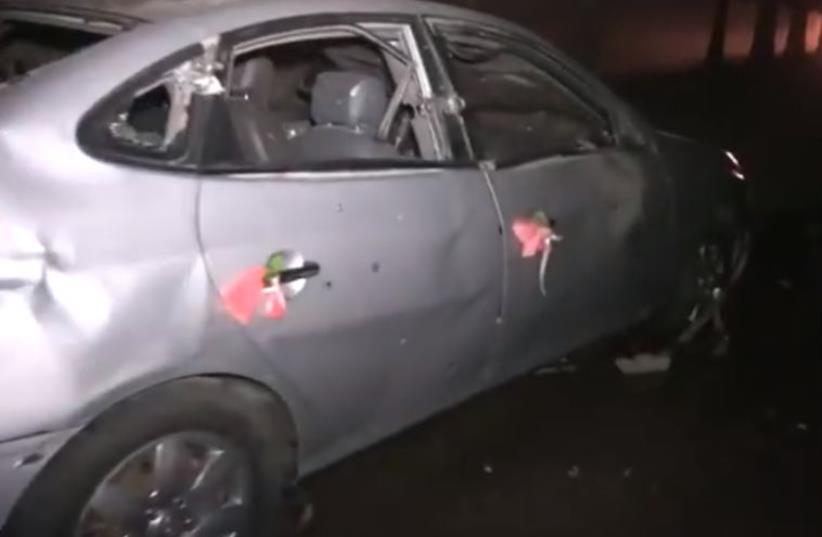 Wedding car mistakenly bombed by International coalition
(photo credit: screenshot)
Advertisement
A leading anti-ISIS group in the Syrian city of Raqqa called Saturday for a halt to attacks by the international anti-ISIS coalition, arguing that the attacks were harming Syrian civilians.In its statement, the group calling itself "Raqqa is being slaughtered silently," wrote in both Arabic and English that the city of Raqqa, which ISIS defines as its capital, is currently exposed to a “genocide” as the result of the international coalition’s attacks on the city, which they say are mainly hitting civilians.The international coalition against ISIS, that is headed by the US and consists of Western and Arab states, such as Jordan and Saudi Arabia, launched an aerial campaign against the organization's positions in Syria on September 2014.Since the international coalition launched its first airstrike on Raqqa a few months ago, there have been an increasing number of voices claiming that the civilian death toll is rising as a result of bombardments on public facilities, such as schools and hospitals, as well as buildings ISIS fighters use as shelters.A recent example of the alleged targeting of civilians in Raqqa is the American bombardment of a wedding convoy in the city on Friday, which killed several people, sparking furious reaction against the international coalition on Arabic social media. According to the anti-ISIS group, such incidents that result in the killing of civilians, including children, "push Syrian civilians to join ISIS." The group added that civilians, whom they say are "ISIS prisoners” and not ISIS fighters, are used by the organization as human shields. "Raqqa is being slaughtered silently" is currently the most popular group that documents ISIS violations of human rights in Syria. The group is highly valued in the West, because its members work as journalists in ISIS-held territories, putting their lives at risk. Several of the group's members were recently killed by ISIS fighters, who have continually persecuted them in order to prevent them from reporting about the atrocities committed by the organization.