Islamic State claimed responsibility on Saturday for the deadly attack in the Riviera city of Nice on Thursday that killed at least 84 people. 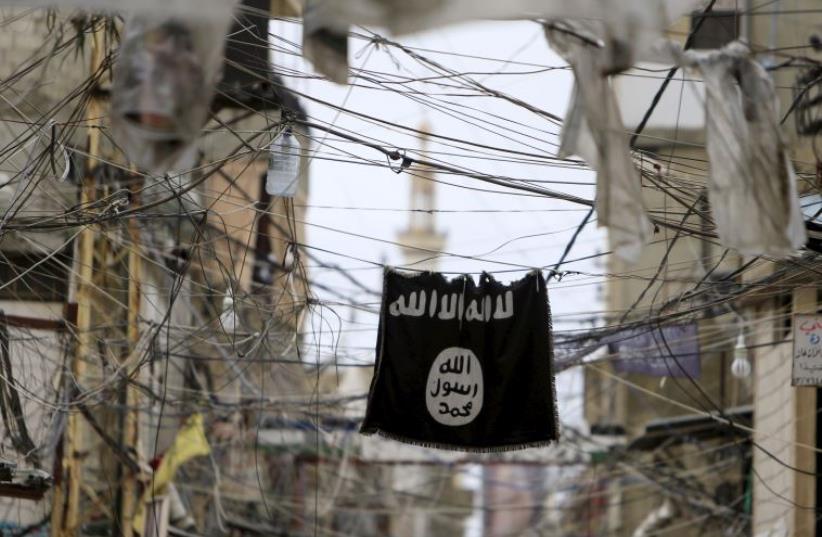 An Islamic State flag hangs amid electric wires over a street
(photo credit: REUTERS)
Advertisement
Islamic State claimed responsibility for the truck attack on the French city of Nice on Saturday as French police arrested three people there in connection with the carnage that claimed the lives of at least 84 people.

"The person who carried out the operation in Nice, France, to run down people was one of the soldiers of Islamic State," the news agency Amaq, which supports Islamic State, said via its Telegram account.

"He carried out the operation in response to calls to target nationals of states that are part of the coalition fighting Islamic State," the statement said.

French authorities said they were checking the claim. The 31-year old Tunisian driver of the truck drove at a Bastille day crowd on the waterfront of the French riviera city on Thursday night. Authorities had been working to find out whether his motives were indeed connected to radical Islam.

He was not known to French intelligence sources for radicalization.

The arrests, which came on top of two on Friday including the attacker's wife, concerned the attacker's "close entourage", the sources said. They were made in two different areas of Nice.

A Reuters reporter saw about 40 elite police raid a small apartment near the central station, where one individual was arrested.

The truck zigzagged along the city's seafront Promenade des Anglais as a fireworks display marking the French national day ended.

It careered into families and friends listening to an orchestra or strolling above the Mediterranean beach towards the century-old grand Hotel Negresco.

The attack is the third of its kind in France since the beginning of 2015, and a state of emergency in place since 130 people were killed in and around Paris last November is to be extended for another three months.

The driver, Mohamed Lahouaiej Bouhlel, was shot dead by officers at the scene. He was known to police for petty crimes but was not on a watch list of suspected militants. He had one criminal conviction for road rage, having been sentenced to probation three months ago for throwing a wooden pallet at another driver.

Ahead of the claim by Islamic State, the militant Islamist group which grabbed control of swathes of Iraq and Syria but which is now under military pressure from forces opposed to it, French officials had not disclosed any direct evidence linking Bouhlel with the jihadism.

French Interior Minister Bernard Cazeneuve, asked on Friday if he could confirm the attacker's motives were linked to jihadism, said: "No. ... We have an individual who was not known to intelligence services."

Relatives and neighbors in Bouhlel's home town of Msaken outside the coast city of Sousse said he was sporty and had shown no sign of being radicalized, including when he last returned for the wedding of a sister four years ago.