'ISIS militants blow up ancient Arch of Triumph in Palmyra'

Syria's antiquities chief says jewel in the exquisite collection of ruins in the oasis city, had been blown up. 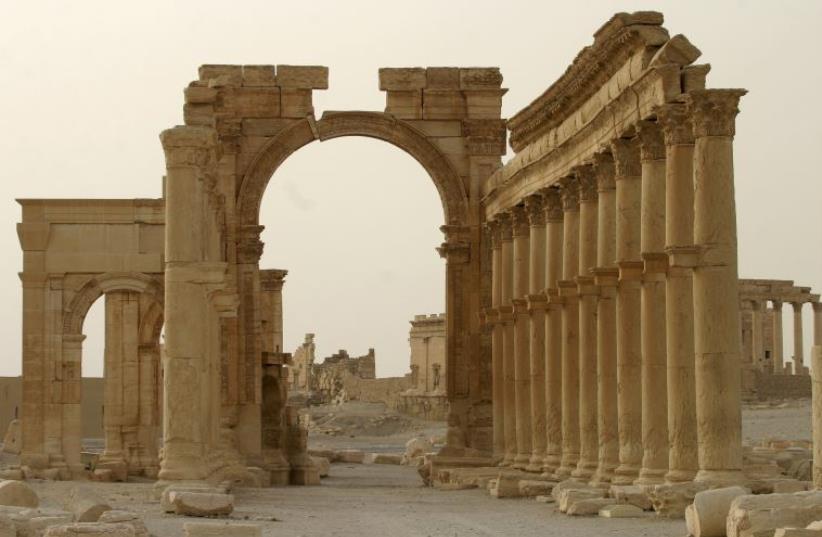 Arch of Triumph, Palmyra, Syria
(photo credit: REUTERS)
Advertisement
Islamic State militants have blown up the Arch of Triumph, a major monument in the 2,000-year-old Roman city of Palmyra, Syria's antiquities chief said on Sunday, after they destroyed two ancient temples at the central Syrian site in recent months.Maamoun Abdulkarim told Reuters that sources in Palmyra had confirmed that the Arch of Triumph, a jewel in the exquisite collection of ruins in the oasis city, had been blown up.Islamic State militants have blown up temples at the Roman-era UNESCO World Heritage site, which it has controlled since capturing Palmyra from Syrian government forces in May and mined other monuments and historic buildings. The group considers the buildings sacrilegious."It's as though there is a curse that has befallen this city and I expect only news that will shock us. If the city remains in their hands the city is doomed," Abdulkarim told Reuters."It is now wanton destruction ... their acts of vengeance are no longer ideologically driven because they are now blowing up buildings with no religious meaning," he added.In August, the Sunni Muslim militants blew up the temple of Baal Shamin, then the Temple of Bel, one of the best preserved Roman-era sites.Earlier this month it was also confirmed the militants had destroyed some of the best preserved of Palmyra's funeral towers, sandstone constructions built to hold the remains of the ancient city's richest families.Palmyra was one of the most important cultural centers of the ancient world, according to cultural agency UNESCO, which has described it as the crossroads of several civilizations.Islamic State has declared a caliphate in territory it holds across Syria and Iraq and has destroyed other monuments it says are pagan and sacrilegious.UNESCO has called such acts war crimes and says Islamic State seeks to wipe out evidence of Syria's diverse heritage.Before the capture of the city, Syrian officials said they had moved hundreds of ancient statues to safe locations.