ISIS No. 2 killed by drone strike in Iraq, CNN reports

The network said he was killed in an attack on a car on Tuesday following a tip from an intelligence source. 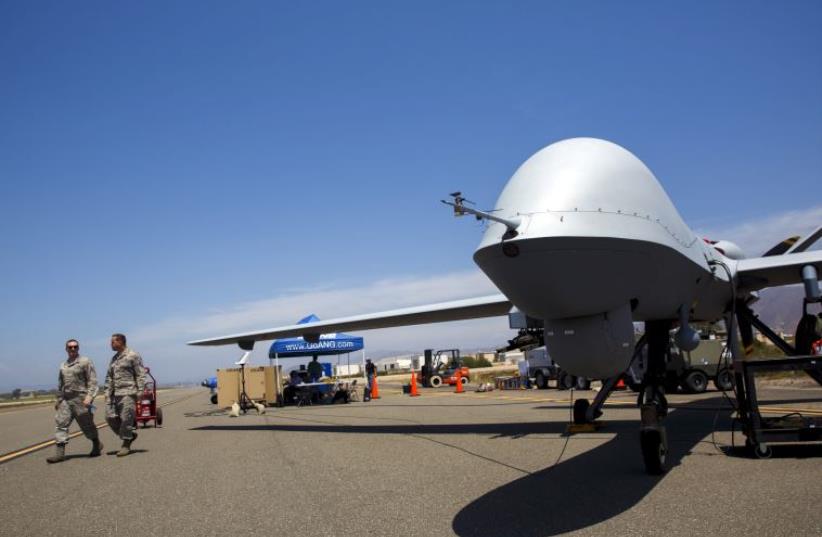 A General Atomics MQ-9 Reaper stands on the runway during "Black Dart", a live-fly, live fire demonstration of 55 unmanned aerial vehicles
(photo credit: REUTERS)
Advertisement
The No. 2 leader of the Islamic State militant group was killed in a US drone strike near Mosul, Iraq, this week, CNN reported on Friday.The network said he was killed in an attack on a car on Tuesday following a tip from an intelligence source.CNN identified the Islamic State official as Haji Mutazz and said he was very active in the militant organization's finances.A US official, speaking on condition of anonymity, told Reuters the US government had no reason to doubt the reports.The United States and its allies stage daily air strikes on Islamic State targets in the group's self-declared caliphate in Iraq and Syria. A drone strike last month killed a senior Islamic State leader in its Syrian stronghold of Raqqa.