"We believe that Daesh is now beginning to lose. We see them in a defensive crouch," said US Army Col. Steve Warren. 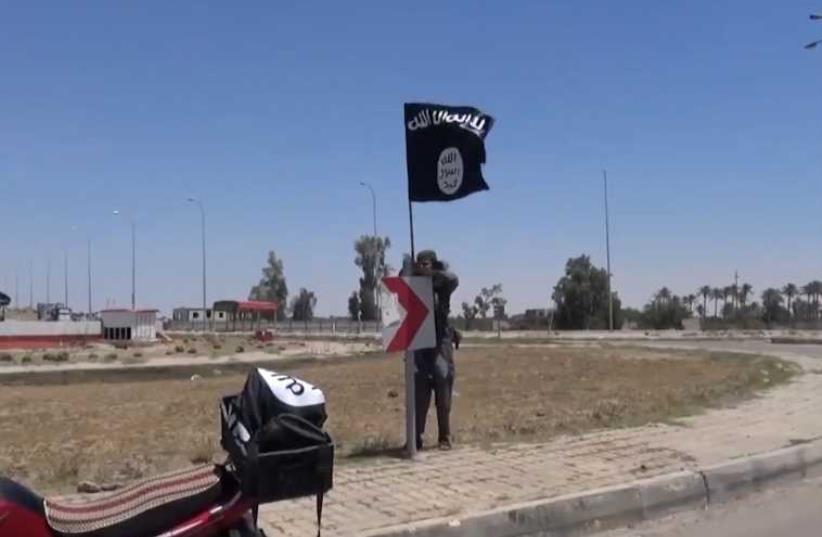 ISIS flag flying in Ramadi Iraq
(photo credit: AAMAQ NEWS VIA YOUTUBE / AFP)
Advertisement
The Islamic State has starting planting bombs inside copies of the Koran to continue carrying out terrorist attacks despite losing ground in Iraq and Syria reported, Iranian state media outlet Press TV on Wednesday.In a press conference at the Foreign Office in London, US Army Col. Steve Warren, a spokesman for the coalition against ISIS, explained that the Islamic State is losing ground and has therefore taken to to more desperate methods of carrying out terrorist attacks.“These guys are disgusting, they have left bombs in refrigerators,... they have put bombs inside the Holy Koran - we found that on several occasions in Ramadi,” said Warren according to the report. "We believe that Daesh is now beginning to lose. We see them in a defensive crouch," he added.US intelligence estimates of the number of Islamic State fighters, which for the first 17 months of coalition operations ranged from 19,000 to 31,000, had been revised to 20,000 to 25,000 - a level he said the group would struggle to maintain."They have been able to replenish their forces at roughly the same rate as we've been able to kill their forces. That's hard to sustain," Warren said.Reuters contributed to this report.