Islamic State has tens of thousands of blank passports

In addition to the blank passports, Islamic State seized machinery for the production of passports and personal identity papers. 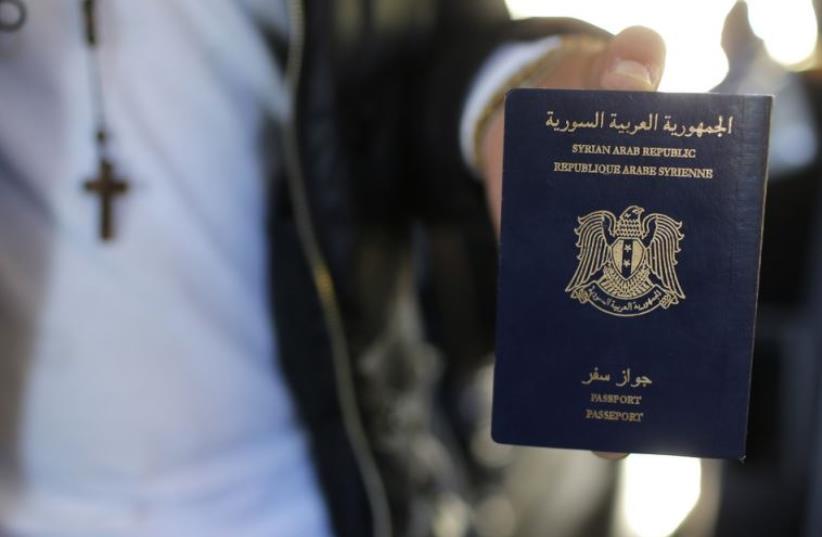 Christian Syrian refugee Ghassan Aleid displays his Syrian passport at a terminal at the Charles-de-Gaulle Airport in Roissy, France
(photo credit: REUTERS)
Advertisement
BERLIN – Islamic State obtained tens of thousands of blank passports in Syrian, Libyan and Iraqi towns since 2014, according to Western intelligence agencies.The Welt am Sonntag paper cited intelligence officials in its report Sunday on Islamic State selling “real fake documents” to raise money. The terrorist organization is offering passports for between $1,000 and $1,500 on the black market.In addition to the blank passports, Islamic State seized machinery for the production of passports and personal identity papers.Security officials are concerned that jihadists will use the passports to disguise themselves as refugees and infiltrate Europe, the paper reported.Fabrice Leggeri, the head of the EU’s border security agency Frontex, told Welt am Sonntag, “The large influx of people who are traveling to Europe unchecked represents a security risk.”Frontex is responsible for checking whether passports are falsified or stolen among the refuge-seekers. Leggeri said his agency was, however, constricted by the fact that passports from a country ravaged by civil war such as Syria cannot be guaranteed as authentic.Welt am Sonntag wrote that a foreign intelligence agency provided the German authorities with a list of numbers of passport of blank passports that Islamic State seized in the Syrian city of Raqqa. The data were sent to the Schengen Information System database, used by European countries to maintain and distribute information on individuals and pieces of property of interest, to help identify carriers of false passports.American and European security officials have warned about Islamic terrorists masquerading as refugees to gain entry to Europe. Last month’s attacks in Paris involved two unidentified terrorists who used fabricated Syrian passports to reach Europe.Germany’s interior security agency, the Office for the Protection of the Constitution, said there are 7,900 Salafi jihadists in the country that may seeks to radicalize and recruit Syrian refugees. Nearly 750 German Islamists have traveled to Syria or Iraq to fight for jihadist groups.