'Pakistani in California shooting was radicalized in Saudi Arabia' 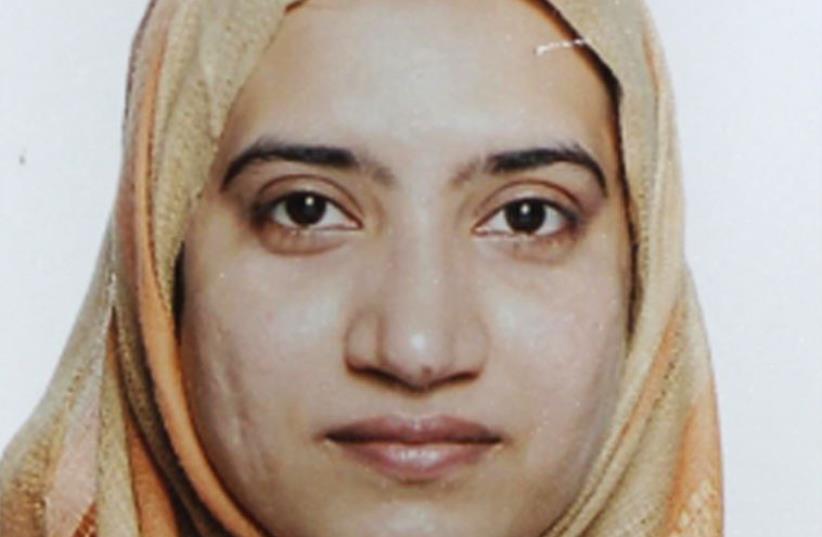 Tashfeen Malik is pictured in this undated handout photo provided by the FBI
(photo credit: REUTERS)
Advertisement
The estranged relatives of Tashfeen Malik, a Pakistani woman accused of shooting dead 14 people in California, say she and her father seem to have abandoned the family's moderate Islam and became more radicalized during years they spent in Saudi Arabia. Malik, with her husband Syed Rizwan Farook, 28, is accused of storming a gathering in San Bernardino, California, on Wednesday and opening fire in America's worst mass shooting in three years. Investigators are treating Wednesday's attack as an "act of terrorism." On Saturday, the Islamic State (IS) group claimed the couple as their followers. There is no evidence yet that IS directed the attack or even knew the attackers.Malik's killing spree has horrified her Pakistani relatives. Her father cut off contact with his family after a feud over inheritance, they told Reuters, and moved to Saudi Arabia when his daughter was a toddler. There, it seems, he turned to a stricter form of Islam. "From what we heard, they lived differently, their mindset is different. We are from a land of Sufi saints ... this is very shocking for us," said school teacher Hifza Bibi, the step-sister of Malik's father, who lives in Karor Lal Esan town in central Punjab province. Sufism, a strain of Islam popular in parts of Pakistan, emphasizes a mystical, personal religious connection. Devotees often play music and dance at shrines, and their practices are looked on with suspicion by orthodox Muslims. "Our brother ... went to Saudi and since then he doesn't care about anyone here," Bibi said. "A man who didn't come to attend his own mother's funeral, what can you expect from him?" Tashfeen Malik returned to Pakistan and studied pharmacy at Bahauddin Zakaria University in Multan from 2007 to 2012. She lived in a university hostel. An identity card said she was 29 years old at the time of the shootings. "She was known to be good student with no religious extremist tendencies," an intelligence official based in the nearby town of Layyah told Reuters. Malik's uncle Javed Rabbani, a clerk in the town's education department, said he has not seen his brother in 30 years. "We feel a lot of sadness but we also feel ashamed that someone from our family has done this," he said. "We can't even imagine doing something like this. This is a mindset that is alien to us."Malik visited Pakistan in 2013 and 2014, security officials told Reuters, but it's unclear who she met or where she visited. Pakistani media reported she had links to the radical Red Mosque in the capital of Islamabad, but a cleric and a spokesman at the mosque said they had never heard of her before.