Hezbollah and ISIS rapidly reached agreement on the deal, which may signal that both terror organizations that compete over dominance in Syria actually have well established working relations. 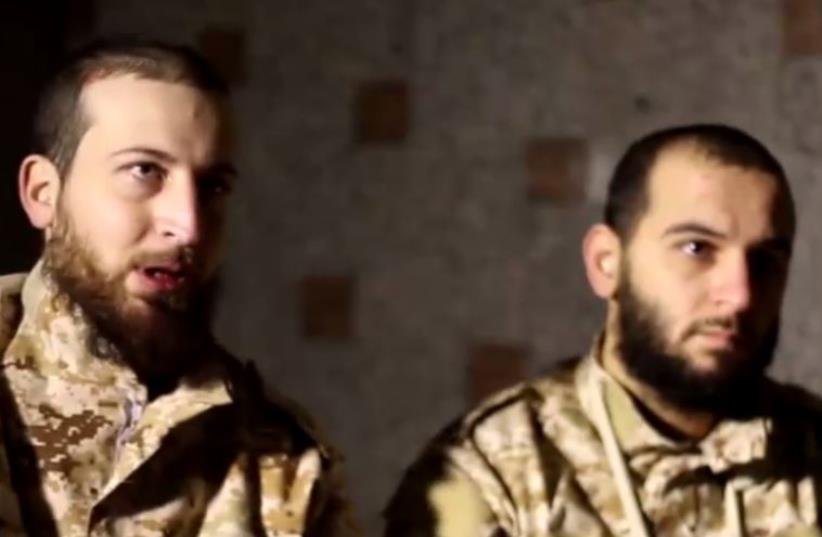 Hezbollah captives in Syria attack the organization's involvement in the Syrian civil war‏
(photo credit: screenshot)
Advertisement
A Hezbollah-ISIS prisoner exchange took place last week following an ISIS ambush on a group of Hezbollah fighters in the northern Syrian province of Aleppo, during which a senior Hezbollah commander, Ali Fayyad, was captured by Islamic State fighters.According to a Thursday report on the Lebanese news site Janubia, after he was injured in the ambush, Hezbollah released an official statement announcing Fayyad's death. Shortly after, however, the organization informed his family that their son was not killed, but captured by ISIS forces.Therefore, while the Lebanese terror organization told its supporters that it launched a military operation to return the bodies of its supposedly killed fighters, it actually held communications with ISIS to carry out a prisoners exchange deal. Thus, Hezbollah's statement from February 29 declaring that it had recovered the body of the "martyr Fayyad" was fabricated.Janubia reported that Hezbollah and ISIS rapidly reached agreement on the deal, which may signal that both terror organizations that compete over dominance in Syria actually have well established working relations. According to the report, Lebanese army soldiers held hostage by ISIS since August 2014 were excluded from the swap, because the only one who is authorized to order their release is the ISIS emir in Damascus.