Savaş Yıldız was a 33-year-old Turkish national from the southern city of Adana. 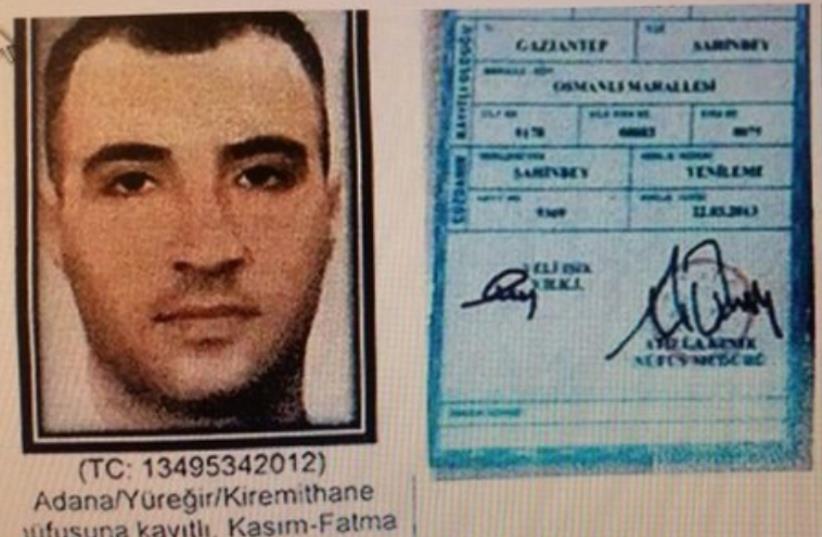 Turkish national Savas Yıldız, suspected Istanbul suicide bomber
(photo credit: ARAB SOCIAL MEDIA)
Advertisement
Savaş Yıldız, a 33-year-old Turkish national from the southern city of Adana, is the man authorities believe carried out the suicide bombing on Istanbul's Istiklal Avenue on Saturday, killing four people and wounding dozens. Yıldız was reportedly known to the security services as a follower of the jihadist organization Islamic State.Local media reported on Sunday that Turkish law enforcement officials took fingerprint samples from Yıldız's father.Authorities in Turkey also believe that Yıldız was involved in the October 2015 Ankara bombings, which killed over 100 civilians.Yıldız had been on a terrorism watch list run by Turkish intelligence services, who reportedly monitored him during the time he spent on the Turkish-Syrian border. While there, Yıldız is believed to have been associated with jihadists.Despite being under the watchful eye of the authorities, Yıldız managed to flee to Syria. After returning from Syria, he carried out the bombing in Istanbul.Prime Minister Benjamin Netanyahu said on Saturday that officials in Jerusalem were in contact with their counterparts in Turkey in an attempt to clarify whether the suicide bombing in Istanbul was aimed at Israeli tourists.The premier made the remarks during a televised statement from the Foreign Ministry’s emergency situation room in Jerusalem.When asked if he was in contact with Turkish President Recep Tayyip Erdogan, the prime minister said he was not.Netanyahu noted that in such situations communication and intelligence cooperation are coordinated between two countries and has instructed the Foreign Ministry to issue travel warnings to Turkey due to the severity of the current circumstances.The prime minister continued by commenting on current reconciliation efforts being quietly conducted between Jerusalem and Ankara, saying that "we are working towards an agreement that will lead to normalization.""We have encountered some delays in this process, not from a lack of trying but due to fundamental issues" that still need to be addressed, he added.