Terrorism in the tropics: ISIS turning to recruitment in the Caribbean

The radical terrorist group has now apparently turned to the tropical white sands and crystal blue waters of the Caribbean to enlist new operatives. 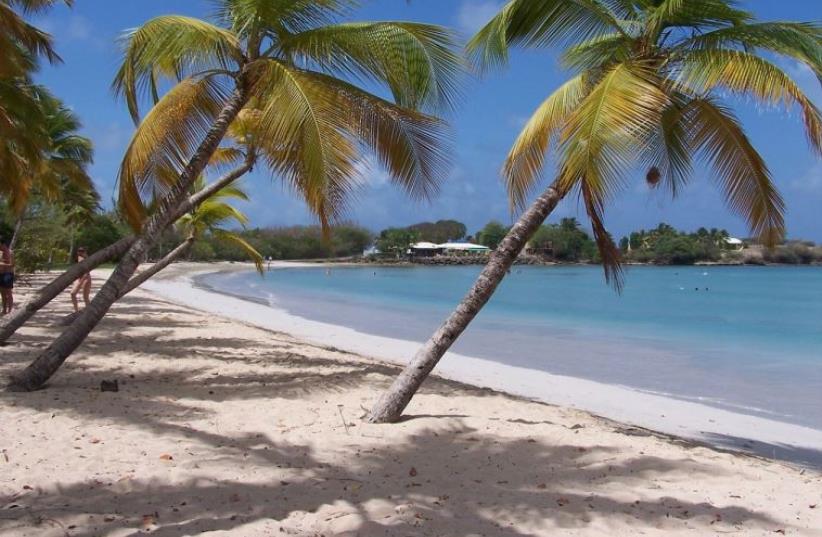 A Caribbean island [Illustrative]
(photo credit: Wikimedia Commons)
Advertisement
There may be trouble in paradise.The extremist group known as Islamic State has apparently begun looking beyond the Middle East and Europe to recruit new members. As European and online security efforts against the group have been bolstered, the radical terrorist group has now apparently turned to the tropical white sands and crystal blue waters of the Caribbean to enlist new operatives. Nearly 100 recruits from the dual-island nation of Trinidad and Tobago have traveled to Syria to join the group known as ISIS, according to the British tabloid paper The Daily Star. According to the report, ISIS sees the residents of the island region as being vulnerable to radical inclinations. According to recent assessments, the terrorist group's manpower has thinned to the lowest numbers seen since 2014 due to fighting in Iraq and Syria. As security in Europe has increased, estimates also indicate that the organization has seen a significant drop in the influx of foreign fighters.According to the Daily Star report, ISIS has also targeted smaller island nations in the Indian Ocean for troops, such as the Maldives and Mauritius.The report cited British diplomat Arthur Snell as acknowledging that an ISIS recruitment drive in the Caribbean could be successful as much of the population face living conditions that could make them prone to extremism. “Quite a lot of things that occur in jihadist groups elsewhere apply in Trinidad – people who are exposed to gang violence, broken homes, poor education opportunities, a lack of a sense of self belonging,” he was quoted as saying.