In the video released by Daily Mail, the cafe in Paris is seen just as shards of glass and bullets fly inside. 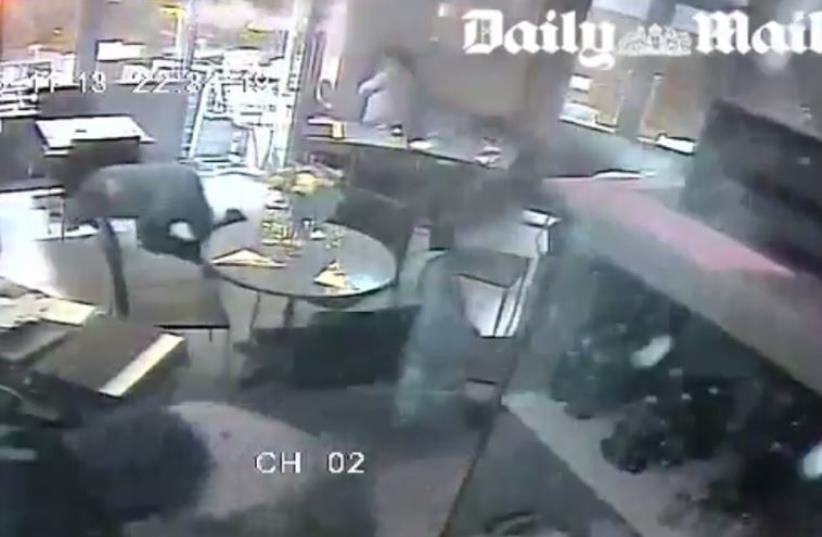 CCTV footage inside a Paris cafe that was hit by an ISIS terrorist‏
(photo credit: screenshot)
Advertisement
A British newspaper obtained dramatic closed-circuit footage of an Islamic State gunman spraying bullets and nearly executing from point-blank range two women at a Paris cafe last week.In the video released by Daily Mail, the cafe in Paris is seen just as shards of glass and bullets fly inside.The terrorist is filmed approaching the cafe with an automatic rifle just as terrified patrons scramble for cover.At one point, the terrorist is about to unload on two women hiding underneath an outdoor table, but is forced to abort when his weapon would not fire.