Kasparov to ‘Post’: Putin is existential threat to free world

Chess champion says Israel should not expect any return from Moscow for arms sales and neutrality on Ukraine. 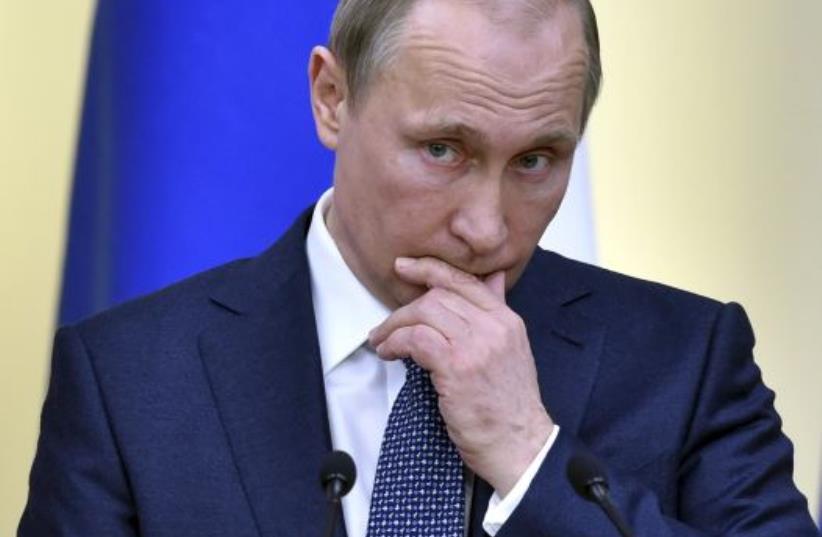 Russian President Vladimir Putin
(photo credit: REUTERS)
Advertisement
Former world chess champion and leading opponent of Vladimir Putin’s regime in Moscow Gary Kasparov has described the Russian strongman as “an existential threat” to Western democracies, and said the US and Europe has failed to create an effective strategy against him.Speaking to The Jerusalem Post, he also warned the Israeli government against expecting any reciprocal gestures from Putin for selling arms to Moscow or refraining from doing so to Russia’s enemies.Kasparov implied that the Jewish state should cease the sale of drones and other weapons to the Russian regime.He also said that US weakness in the face of Russia’s foreign policy adventures has created greater security for Putin as Russian leader.“It’s time to recognize that Putin is an existential threat to the free world and then to start building a strategy,” Kasparov told the Post on Monday. He is currently visiting Israel to promote improving educational standards through teaching chess in school.“In chess you need to decide your strategy before you move. If you don’t, its a recipe for disaster.By annexing Crimea, Putin wiped off the pieces from the board. You can pretend you’re still playing chess, and thats what the West did… We don’t have politicians in the free world who can think in the long term, so they’re all playing a short-term game which gives a competitive advantage to Putin.”Kasparov says that the US and EU should have armed Ukraine when Russian troops entered the eastern Donbass region of the country, and says that such a strategy is still possible.He said that when the US and European nations denied Ukraine even a small amount of lethal arms, it sent a message to Putin that there would be no serious consequences to his actions.“What Obama did by doing nothing was to send a signal.He has constantly sent signals to Moscow to Tehran, and to all other dictators and thugs in the world that America is in retreat, and they received the signal.”Kasparov said that the Donbass region is directly controlled by Russia and must be considered as one of the “Frozen Conflicts” on Russia’s borders, such as in Georgia, Moldova, Nagorno Karabakh and others, which have little chance of resolution while Putin is in power.He said that the duration of the Russian leader’s grip on power is hard to estimate, but he condemned Obama’s policy toward Moscow as a component of Putin’s staying power.“Putin is calling the shots and Obama is weak. As long as a dictator can defy the most powerful country in the world, he is safe in his own environment because no one, not the generals or the oligarchs or the average people in the street, even if they hate him – which I think many of them do – no one wants to go up against a dictator who looks so strong.”Kasparov said that he understands Prime Minister Benjamin Netanyahu’s attempts to coordinate with Putin over Syria, and said he feels sympathy with Netanyahu’s position, given Russia’s strong presence in the region.“I feel sorry for Netanyahu since he has to deal with Putin since Obama has left the region.So Putin is calling the shots – not because he is so strong, but because America is in retreat and has left a vacuum.”He said, however, that Netanyahu should not expect any reciprocity from Russia from Israeli arms sales to Moscow or its decision not to sell arms to Ukraine or Georgia.“I hope he is not so naive. Putin needs conflict in this region. It’s important for him to show his global dominance in the region and he will do everything to make sure there’s more fuel here in the flames.Asked if Israel should halt arms sales to Russia, the latest of which was reportedly in late 2015, Kasparov was coy.“Russia has been constantly supplying the fiercest enemies of the State of Israel so the answer is obvious. Putin is an enemy. The problem is that while for instance the US can walk away, Israel cannot walk away from the map.“I can hardly criticize Netanyahu for what he’s doing, but he should realize that it’s not going to work, because Putin’s goal is diametrically opposite to what Israel wants, which is peace and stability and a balance of interests, whereas Putin wants chaos.”Kasparov was hesitant to outline specific strategies against Putin, but said that in general he must be made “to play by the rules,” noting that Russian fighter jets had not violated Turkish airspace since Turkey shot down a Russian warplane in November last year.“Putin must be made into a pariah and the generals, bureaucrats and oligarchs around him must understand that price of following a madman is too high.”