"Jews continue to be prime targets for terrorist attacks. In Israel, in Europe, in the United States, and in many other places." 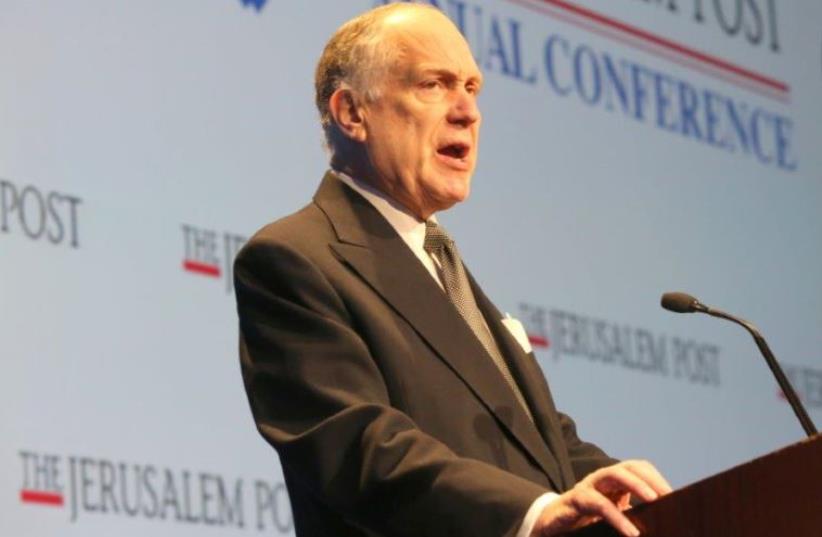 Ronald Lauder
(photo credit: SIVAN FARAG)
Advertisement
The threat to terrorism is just as potent today as it was a year ago when Islamist gunmen murdered four people at a Parisian kosher grocery, the president of the World Jewish Congress said at the weekend.“Despite the commitment and efforts undertaken by the French and other European governments, the terrorist threat has not diminished,” Ronald Lauder wrote in a letter to Roger Cukierman, president of the Jewish umbrella group Conseil Représentatif des Institutions Juives de France, that was read out loud at a memorial on Saturday evening.“Today, we mourn the four innocent people who were gunned down at the Hyper Cacher market one year ago. Their crime? Like Jews throughout the ages, they were targeted simply for being Jewish. And we also remember the 13 other French citizens who were killed that dark week.”“We heard clear words from President Hollande and Prime Minister Manuel Valls. Many things have been done to improve security of Jewish sites in France, and we salute them. However, we also note that the threat for Jews and non-Jews alike has not disappeared."“We see constant terror attacks in other countries as well, on a daily basis. Jews continue to be prime targets for terrorist attacks. In Israel, in Europe, in the United States, and in many other places,” Lauder wrote.Speaking at a memorial for the victims of the supermarket siege on Saturday, Valls stressed the importance of defending his country’s Jewish minority.“How could France leave its Jewish compatriots to live in fear, let them doubt for even just an instant that here is their home; Watch more and more of them leave their country because they don’t feel safe anymore but also because they feel misunderstood; because they don’t feel they belong? This should be, for all of us, for the French people, an unbearable thought,” he said.On January 9, 2015 a French Islamic gunman, Amedy Coulibaly, took several people hostage in the grocery store after shooting a police officer in the Parisian suburb of Montrouge.Coulibaly was shot dead during a police operation to free the hostages.Philippe Braham, Yohan Cohen, Yoav Hattab and François-Michel Saada were killed in the attack.Two days earlier Islamist militants opened fire during an editorial meeting at a satirical weekly, known for lampooning Islam with drawings of the Prophet Mohammad, which had been under police protection for years.Twelve people including many of the magazine’s top staff, editor-in-chief Stephane Charbonnier, known to readers of the magazine as Charb, other contributors, and police officers were killed in the attack, which set off several days of violence that led to 17 deaths.Speaking at a memorial in Jerusalem organized by the Anti-Defamation League on Sunday, French Ambassador Patrick Maisonnave defined radical Islam as “our common enemy."Maisonnave asserted that “terrorism is terrorism and has very clear criteria and equal anywhere in the world,” an apparent reference to the recent wave of Palestinian stabbing and ramming attacks occurring throughout Israel.“When a wave of recent anti-Semitic incidents in 2000, the French authorities believed that it was in response to the Israeli Palestinian conflict. But I believed back then that the conflict is just an excuse,” said Carol Nuriel, the Israel director of the ADL.Terrorism, she said, threatens not only Jews but the entire French republic and its fundamental values “as well as the western world."“Understanding that anti-Semitism affects not only the Jews, but any society in which it exists is very important.”