Riyadh denies holding Lebanese prime minister against his will or putting pressure on him to resign. 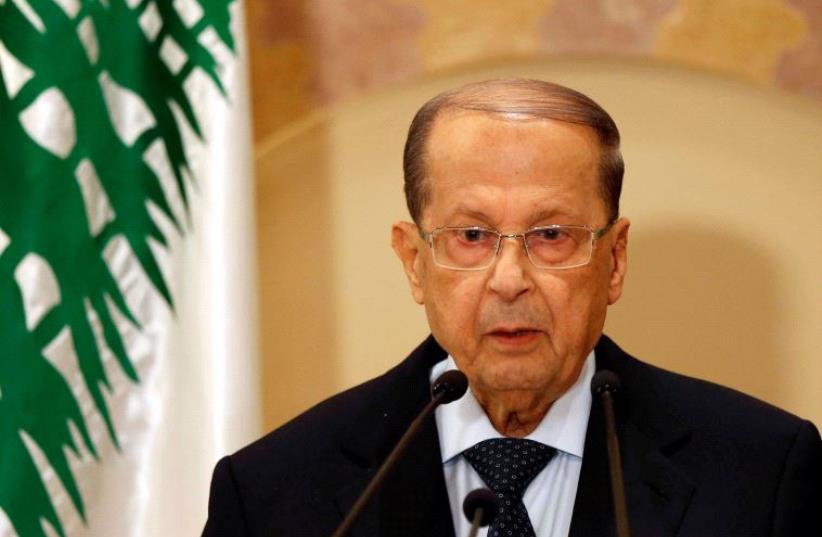 Christian politician and FPM founder Michel Aoun talks during a news conference in Beirut, Lebanon October 20, 2016
(photo credit: REUTERS)
Advertisement
Lebanese President Michel Aoun said on Wednesday that Saudi Arabia had detained Prime Minister Saad al-Hariri, the first time he had said so publicly, and called it an act of aggression against Lebanon."Nothing justifies Hariri's lack of return for 12 days. We therefore consider him detained. This is a violation of the Vienna agreements and human rights law," Aoun said at a meeting with Lebanese journalists and media executives that was reported widely in the country.Hariri resigned as Lebanon's prime minister on Nov. 4 in a video broadcast from Saudi Arabia and has yet to return to Lebanon. Aoun has said he will not accept the resignation until Hariri returns to Lebanon and submits it in person."We cannot wait longer and lose time. Affairs of state cannot be stopped," Aoun also said on Twitter.Aoun had said on Sunday that Hariri's freedom was being restricted in Riyadh, casting doubt over anything that Hariri says. Aoun's comments on Wednesday went further, saying for the first time that Hariri was being held.Saudi Arabia denies holding Hariri against his will or putting pressure on him to resign. In his first public comments since his resignation, an interview given on Sunday to a television station he owns, Hariri said he was free to travel and planned to return to Lebanon within days.