Geagea was summoned to the hearing amid claims by the Iran-backed Hezbollah and its ally the Amal Movement that Lebanese Forces (LF) supporters shot dead seven of their followers. 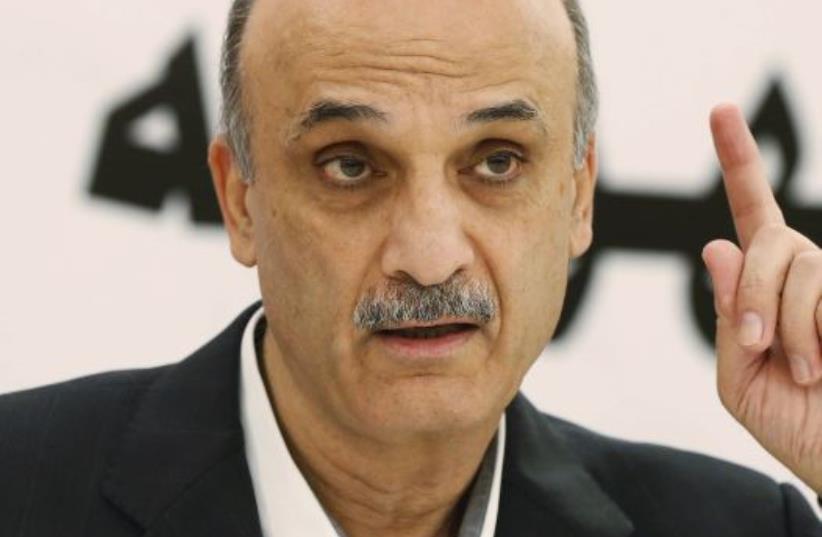 Hundreds of supporters of the Christian Lebanese Forces party on Wednesday blocked roads to leader Samir Geagea's residence as he failed to turn up for a hearing at army intelligence over fatal clashes in Beirut.

Geagea was summoned to the hearing amid claims by the Iran-backed Hezbollah and its ally the Amal Movement that Lebanese Forces (LF) supporters shot dead seven of their followers in clashes on October 14.

Geagea has denied the claims and said he is being unfairly targeted for his support of a probe by Judge Tarek Bitar into the August 2020 Beirut port explosion that Hezbollah opposes.

His lawyers have filed a lawsuit arguing the summons was unlawful.

"We won't let anyone, not Hezbollah nor Iran nor Syria or anyone try to subjugate us," LF protester Fadi told Reuters.

"We are here today in 2021 sacrificing for Samir Geagea just like he sacrificed for us in 1994 so Lebanon could remain and we could remain," Fadi, who did not give his last name, said.

Supporters of Lebanon's Hezbollah carry a coffin of a person who was killed in violence in Beirut on Thursday, during their funeral in Beirut's southern suburbs, Lebanon (credit: MOHAMED AZAKIR/REUTERS)

Geagea, a former warlord, was imprisoned after Lebanon's 1975-90 civil war and released in 2005 following the withdrawal of Syrian troops from Lebanon after three decades of occupation.

"Only the Lebanese Forces can protect East" supporters chanted, using a wartime LF slogan conceived when Beirut was divided between Christian east, ruled by the LF militia, and Muslim west where other militias held sway.

The Oct. 14 clashes occurred on the former dividing line, between Beirut's Tayouneh and Ain al-Remmaneh neighborhoods.

The gunfire started as supporters of Hezbollah and its Shi'ite ally Amal were gathering for a demonstration against the lead investigator in the port explosion probe.

Geagea has said the trouble began when supporters of the Shi'ite parties entered the Christian neighborhood of Ain al-Remmaneh where they vandalized cars and four residents were wounded before a shot was fired.

A judge on Monday charged 68 people including 18 detainees with murder and incitement of sectarian strife over the clashes and referred the case to a military investigative judge. Their political affiliations if any, remain unclear.